How should U.S. deal with immigration, border patrol costs in this economy? 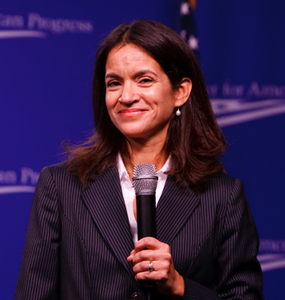 While everyone is talking about unemployment and the recession who is paying attention to the increasing costs of maintaining our borders safe? Miles and miles of fence and even a portion of wall mar the United States Mexico line. Taxpayers are footing the ever growing bill that has jumped from $326 million in 1992 to $2.7 billion last year (The Economist, January 20, 2010).

At the same time, recent data indicates the cost of catching illegal immigrants is on the rise. In 2008, the border patrol made more than 791,000 arrests. Each one cost a little more than $3,000. Some question the efficacy of these efforts since illegal immigration tripled in those 17 years. In part, they believe, it is because many immigrants arrive into the country legally with tourist visas and remain illegally.

Looking inward, the question remains of how to deal fairly with the 12 to 15 million undocumented immigrants that are now in the country. Deporting 12 million illegal immigrants would require a convoy of more than 200,000 buses over more than 1,800 miles and that mass deportation would cost nearly $300 billion over five years, according to Principles for Immigration Reform Guidelines for Fixing Our Broken Immigration System, a report of the Center for American Progress (CAP) written by Marshall Fitz and Angela Maria Kelley and published December 2009. The Center for American Progress is a Washington, D.C. based think tank dedicated to “improving the lives of Americans through ideas and action.”

Some believe legalizing the status of the millions of undocumented residents would boost the economy over the long term. Raúl Hinojosa-Ojeda, Ph.D., founding director of the North American Integration and Development Center at the University of California, Los Angeles conducted research that leads him to believe that legalization of unauthorized workers would yield $1.5 trillion to the U.S. gross domestic product in 10 years. In three years it may generate $4.5 to $5.4 billion in tax revenue and consumer spending to support 750,000 to 900,000 jobs. In these days of economic contraction, unemployment and outsourcing, shouldn’t the powers that be listen to credible people promoting ways to generate jobs and additional GDP while saving millions in deportation costs?

“These are stark and significant numbers that lawmakers should commit to memory,” said Kelley, vice president for Immigration Policy and Advocacy at the Center for American Progress. “We have got an issue where we know we can improve the economy. It would be to their peril for lawmakers to be short sighted and not pass comprehensive immigration reform legislation that will reverberate and rev up the economy and help all Americans.”

According to Dr. Hinojosa’s research, a comprehensive immigration reform plan that legalizes the status of unauthorized workers and establishes a flexible visa program could result in higher wages for all workers in the country; while deporting the workers could cost $2.5 trillion over 10 years. That would be in addition to the costs of deportation of at least 12 million people.

One Response to How should U.S. deal with immigration, border patrol costs in this economy?