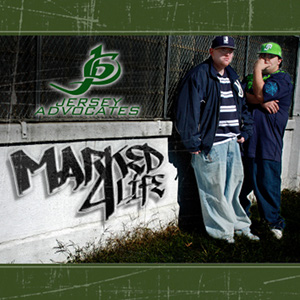 L.J. (Stephen Sebastioa) and D-cypl (Chris Collins) were born in Livingston, New Jersey into broken homes. Little did they know that years later life would bring them together. L.J. began rhyming in the Portuguese section of Newark he called home with his friend Vic at the age of 15. D-cypl loved music since he was a little boy and began rhyming when he was 14. Scroll down to listen to Bandeiras Remix, a song from Marked 4 Life, their debut album. 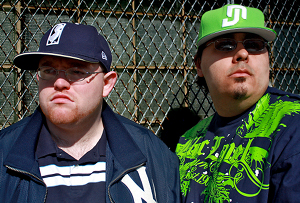 In 2000, L.J. and D-cypl teamed up. That same year they met Murdock, a rap entrepreneur that influenced their music, before L.J. went off to college. Two years later, soon after L.J. and D-cypl got together again, they got a break from a record label. They were featured in In The Name of Hip Hop Vol.1. The duo believe in “brotherhood, kindness, and truth.”

Click on the play button to listen to Bandeiras Remix.