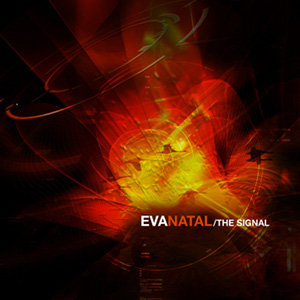 Singer Eva Natal, whose father is from Spain, considers herself Latina. She describes her music as an eclectic mix of alternative rock, electronica, and trip hop. Her self written lyrics are designed to intrigue and keep listeners guessing whats next. She plays guitar, keyboards, violin and bass.

Her debut album, The Signal, on HardKandy Records Inc. is scheduled for release in early 2010. Late last month the record label made a special fan track available. Scroll down to listen to Pulse from The Signal. 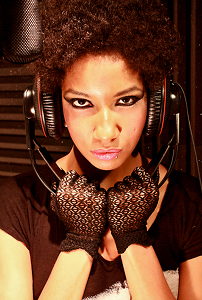 Born March 28, 1987 Natal is described as a very quite and polite girl who spent most of her time reading, dancing in front of her mirror, fearfully playing sports alongside girls with way too much aggression, and practicing the violin.

By her teens she began expressing her likes through fashion and dance and stopped taking violin lessons. As a young adult she rebelled against the what she considered suppression in a private catholic school environment by dropping out of college, enraging her parents; and pursuing a life of what she calls a struggling creativist through various stabs at the modeling and dance industry, and most recently as a budding recording artist. Her 12-track album should be available at major online retailers next year.