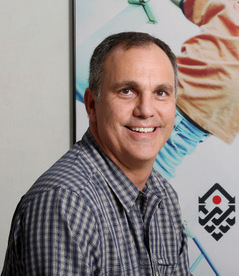 Encuesta, Inc., a Miami research company, just released a 30-second thank you video in appreciation to past participants in its surveys and to celebrate its 20 anniversary in the business. The short video ad, in English and Spanish, was released initially on YouTube and is due to air on broadcast television in Los Angeles, New York, Miami, and Houston and on Azteca America, PBS, V-me, and GenTV.

The video was produced in-house with a limited budget and included the contribution of an illustrator, Ken Orvidas, a voice over artist and an animator who asked to remain anonymous. The inspiration, in part, for the work was a painting from a social club in a small town in Spain.Scroll down to watch the videos in English and Spanish.

“We want to thank Hispanics nationwide for allowing us the privilege to enter their lives on a daily basis, all in an effort to have one person’s opinion represent that of thousands of members of their community” said Martin G. Cerda, founder and president of Encuesta, Inc. “Latino participation in the survey research process helps advance public understanding of social and economic issues and helps influence government and corporate decision makers.”

Founded in 1989, Encuesta, Inc. is a U.S. Hispanic market research and public opinion polling company that offers quantitative and online qualitative research designs and analysis. Encuesta, Inc. is the company behind the Americanos Poll, a public opinion poll created in 2005 to help bridge the knowledge gap that exists regarding the U.S. Hispanic community.