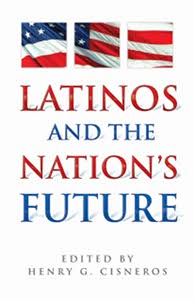 The book is divided into four parts: Latino Visions: Past, Present and Future; Latinos and the Larger Society; Raw Numbers and Their Impact; and Final Thoughts. In addition to Cisnero’s overview the first section includes three chapters: The Latino Presence: Some Historical Background by Nicolas Kanellos, Ph.D., founder and publisher, Arte Publico Press; Liberty and Justice for All: Civil Rights in the Years Ahead by Raul Izaguirre, executive director, Center for Community Development and Civil Rights at Arizona State University; and Becoming American – The Latino Way by Tamar Jacoby, president and chief executive officer, Immigrationworks USA.

The second section is divided into six chapters: Increasing Hispanic Mobility into the Middle Class: An Overview by Harry P. Pachon, Ph.D., professor of public policy, University of Southern California; Latino Small Business: A Big Present, A Bigger Future by Aida M. Alvarez, board member of Wal-Mart and Union BanCal Corp/Union Bank of California; Making the Next Generation Our Greatest Resource by Sarita E. Brown, president, Excelencia in Education; La Gran Oportunidad Up for Grabs The Hispanic Opportunity by Joe Garcia, a former Democratic candidate for Congress in South Florida; Politics and the Latino Future: A Republican Dream by Lionel Sosa, an advertising executive; and Latino Progress and U.S. Foreign Policy by Sergio Muñoz Bata, a journalist.

The final section only has two chapters: On the Power of Education and Community Action by Ernesto Cortes, Southwest regional director, Industrial Areas Foundation; and Toward the New American Dream by Kanellos. 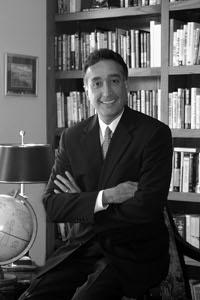 Cisneros is a former Secretary of the U.S. Department of Housing and Urban Development and former mayor of San Antonio, Texas. Previously, he was president and chief operating officer, Univision Communications in Los Angeles, California. He has a doctorate degree in public administration from George Washington University.

Click here to buy Latinos and the Nation’s Future