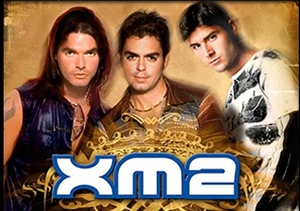 In April, Mega TV, part of Spanish Broadcasting System (SBS), and Worldvibe Entertainment will broadcast Batalla de las Américas, a new prime time musical reality show to find the newest member of the XM2 Group. As part of the process in late January, Mega TV invited men singers between 18 and 30 years old from Miami, Los Angeles, New York and Puerto Rico to compete to represent the United States, including Puerto Rico, in the grand finale.

Auditions were held in Miami, New York and Los Angeles earlier this year. The representative from Puerto Rico, selected at the SBS studios at Guaynabo in late February, will compete in the final event in April 2009 in Miami.

Batalla de las Américas, expected to have 20 contestants from 15 countries competing in originality, creativity, heart and talent, was created to be similar to Making the Band, another reality program in English. XM2 Group members are Rawy Torres, Jonathan Montenegro and Sergio Blass.