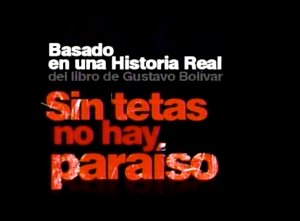 At the beginning of 2008, there were 112.8 million households including 12.1 million Latino homes, in the United States. At the same time that the Latino population has grown, television penetration in Hispanic households has increased from 8.7 million in 1991 to almost 10.8 percent in 2008.

Since much of the overall growth of the country, especially in youth markets, is from Latinos much of the overall growth in television audience, it follows, is in the Latino market segments. According to the Hispanic Marketers’ Guide to Cable 2008 Edition, Hispanic households grew 35.7 percent between 2004 (10.5 million) and 2008 (12.1 million), accounting for almost all the population growth during that time period.

When it comes to language of the viewer, opinions vary. The Guide, relying on Nielsen data (some researchers have objected to Nielsen numbers in the past as reflecting an insufficient number U.S.-born Latinos), indicates 43 percent of television watching Latinos are Spanish dominant (their main language is Spanish); 34 percent are English dominant (their main language is English); and 23 percent are bilingual.

According to a 2006 Encuesta study, 57 percent of foreign-born Hispanics watch TV in English and 73 percent of U.S.-born Hispanics watch some Spanish language programs. Only 12 percent of the TV viewers they surveyed said they watched television in English only and 31 percent said they watch television in Spanish only. Sixty-eight percent of respondents said their preferred programs covered news and political issues while 43 percent said they like to watch telenovelas (Spanish language programs similar to soap operas) in English (5.9 hours) and Spanish (7.2 hours).

The study, part of the Americanos Poll series, explored the television viewing habits of Hispanics, including time spent watching specific program formats. Participants also shared opinions on 13 English- and Spanish-language television networks and on programming in each language.

At the same time, recent statistics indicate America’s most popular shows for viewers aged 18 to 34, considered by many among the most elusive and desired demographic for advertisers, are Fuego en la Sangre (Fire in the Blood) and Cuidado Con el Angel (Don’t Mess with the Angel), broadcast by Univision, one of the most viewed networks in the United States and possibly the most viewed Spanish-language television network in the country.

More than ever marketing and advertising executives are paying attention to the booming Latino demographic in light of increasing evidence of that market segment’s growth, especially among the country’s youth. Data recently released by Univision indicates that its ratings on Wednesday and Friday nights are higher than those of the big four English-language networks, CBS, ABC, NBC and Fox.

In terms of programing and contrary to the Encuesta survey findings, the majority of the successful with the audience Spanish-language television programs are soap operas imported from Latin America. Examples include Sin Tetas No Hay Paraíso (Without Breasts There Is No Paradise) and Las Tontas No Van al Cielo (Dumb Girls Don’t Go to Heaven), imported from Mexico and Colombia.

One Response to Television growth fueled increasingly by Latinos