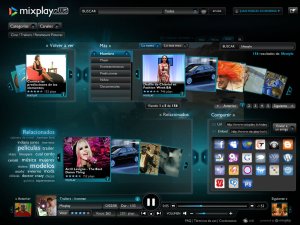 Mixplay, a video portal owned by Claxon and designed for Spanish speakers in Latin America, Spain and the United States, is 18 months old this month. Since it was established in May 2007 it has had a 250 percent growth in online traffic.

Mixplay users, who range in age between 17 and 35, rely on the website to complement their traditional television programming consumption. Mexico is the top country of origin for the portal followed by Argentina, Colombia, Chile, Peru, United States, Brazil, Uruguay and Spain.

According to a press release, the website is developed 100 percent in Latin America. It is especially designed for new devices and users that want complete control of what, when and where to enjoy the portal’s professionally produced video content.

There are also in-house productions of guitar workshops, video horoscopes and tarot, stories, magic tricks, experiments for kids, as well as exclusive interviews, show coverage, and how to apply make up videos. The programs are produced with Studio Web TV, a 360 degree format that is compatible with Internet requirements as well as digital TV and mobile devices. 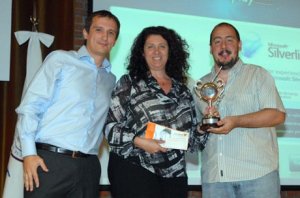 “The video content industry evolves alongside new media offering a publicity evolution,” said Patricia Tomasini, marketing and content manager of Mixplay. “Our growth demonstrates that Spanish speaking users incorporates multimedia content as a new entertainment format that, unlike traditional media, allows users to decide the best time and place to consume it.”

Launched in May 2007, Mixplay offers an online forum for the distribution of in-house and third party audiovisual content in the region. It is backed by Microsoft and Intel. Ad revenue provides financial support for the website, allowing visitors subscription free access to the portal.  Company executives plan Video On Demand (VOD) and Pay Per View (PPV) subscriptions and packages for the future.

Mate.ar recently recognized the company with an award for innovative technology and audiovisual content. More than 3,000 websites were considered as part of the awards process. Mixplay was recently redesigned with Microsoft Silverlight technology and now offers a new user inter phase format.