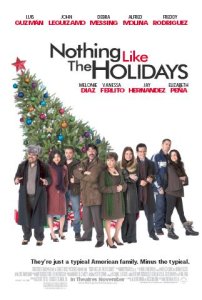 Nothing Like the Holidays, a 90-minute feature in English about a Puerto Rican family in Chicago, opens this Friday December 12 in theaters nationwide. The film’s producers hope that if the movie is well liked Hollywood studios will increase their support of Latino-themed films and hire Latino writers in the future.

Overture Films owns the rights to the film and is responsible for its distribution. Directed by Alfredo de Villa and written by Rick Najera, Nothing Like the Holidays stars John Leguizamo, Debra Messing, Alfred Molina, Freddy Rodriguez and Elizabeth Peña. 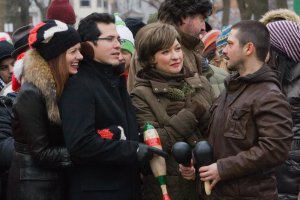 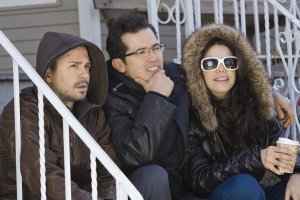 According to Internet sources, the film is a typical holiday comedy story with a couple of twists to make it current. Alfred Molina plays the patriarch and Elizabeth Peña plays the matriarch of the Rodriguez family. John Leguizamo plays the big brother married to an executive (Debra Messing).

His middle brother (Freddy Rodriguez) just returned from the war and hopes to get together with his former girlfriend (Melonie Diaz) who now has a new life. The brothers’ cousin (Luz Gusman) has an eating disorder and spends all her time talking about everyone’s life.

According to the company website, Overture Films, owned by Starz Media, produces, buys and distributes feature length movies. Starz Media is a subsidiary of Liberty Media Corporation and part of the Liberty Capital Group, a publicly traded company.