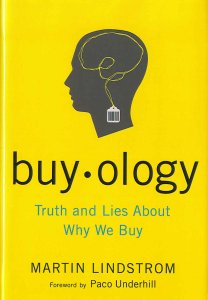 Buyology Truth and Lies About Why We Buy book cover

Martin Lindstrom, a branding specialist, spent three years and $7 million dollars researching people’s buying behavior. As part of his study, 2,000 volunteers in the United States and internationally discussed their reactions to ads, products, logos, and commercials. He shares his findings and addresses some commonly held beliefs in his new book, Buyology Truth and Lies About Why We Buy (Doubleday, $24.95).

The 240-page hardcover edition is divided into 11 chapters. Lindstrom believes that the better consumers understand their own buying behavior the more control they gain; and that this information is also helpful for vendors and manufacturers, allowing them to make products that truly appeal to buyers.

His study revealed that the health warnings on cigarette packages don’t discourage smoking; instead they cause some people to desire a smoke; some brands considered desirable, like iPods, increased mating instincts; people’s sense of touch, smell and sound can cause physical arousal when a shopper sees a product.

He and his team also believe that although subliminal advertising is banned it’s still prevalent. And, his findings indicate that some companies develop a ritual to boost interest in their product. At the same time, the adage that “sex sells” doesn’t seem to be true. For some shoppers ads with scantily dressed models and sexy body language can turn shoppers off. 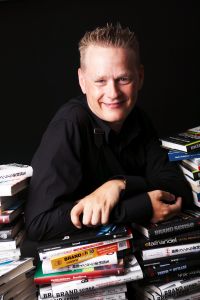 According to his website, Lindstrom is chief executive officer and chairman of the Linstrom company as well as chairman of Buyology Inc New York and Brand sense Agency London. He provides consulting services to executives at companies such as McDonald’s Corporation, Nestlé, Procter & Gamble, Microsoft, The Walt Disney Company, Unilever and GlaxoSmithKline. Every year, Lindstrom speaks to an audience of close to a million people.

Click here to buy Buyology: Truth and Lies About Why We Buy