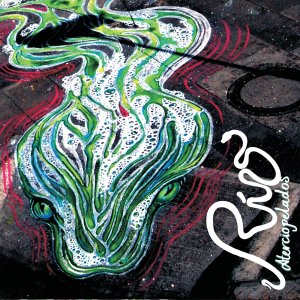 In the recently released Rio album, Aterciopelados singer Andrea Echeverri and her music partner Hector Buitrago offer a prayer for their city’s polluted river to the beat of funk rock. Scroll down to listen to Rio from the Rio album.

“When I was growing up, the Bogota River was considered a mythic and iconic place, and now it’s a tiny stream,” said Echeverri. “Musically and lyrically, the track Río is unlike any previous Aterciopelados song. I’m even singing in a different way than in the past. With this one, we reached an entirely new place.”

Oye, a previous album, won them a Latin Grammy and Premio Lo Nuestro. Rio, the new album was recorded in the band’s hometown of Bogota and mixed by Héctor Castillo (Brazilian Girls, David Bowie, Gustavo Cerati) in New York City. It is described in promotional materials as “an impassioned, socially conscious record with the group’s signature organic rock sound.”  The album’s opener and first single is the title track which coincides with a proposed Colombian constitutional referendum that declares the country’s bodies of water deserve basic rights. 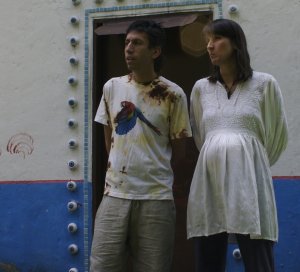 Before the official release October 21, the album was available for special iTunes pre-order where fans would receive an exclusive track, entitled Errante Diamante (Wandering Diamond), and Rio, the album’s first single. Errante Diamante is the theme song behind Destierro y Reparacion (Exile and Reparation), a Colombian project focused on educational and cultural activities designed to generate social consciousness about the implications of forced displacement and its effects on society. On Bandera (Flag), Aterciopelados speak out on immigration.

“We have toured across the world many times, yet every time, certain countries give us so much trouble when entering,” said Echeverri. “My problems with traveling are so small compared to others across the world but I thought I could give all these people a voice.”

Album guests include rapper Gloria “Goyo” Martínez (of Colombian hip hop act Choc Quib Town) on 28; the Andean group Kapary Walka on Madre and Agüita. Echeverri’s daughter, Milagros, also made an appearance on Ataque de Risa. The band completed a European tour this past summer and plans to tour the United States to promote Rio in early 2009.

Aterciopelados is a rock band co-founded by Echeverri who is responsible for vocals and guitars and Hector Buitrago who handles bass, arrangements and production.

Click on the play button to listen to Rio from the Rio album. 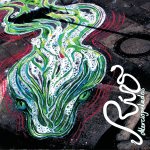