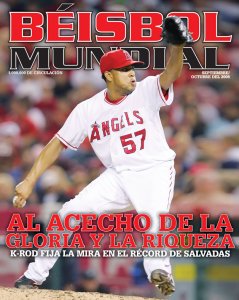 The Mundial Group Inc., a New York company, publishes two magazines with a circulation of one million readers each targeting Spanish dominant sports enthusiasts in the United States. Béisbol Mundial and Fύtbol Mundial average 24 pages per issue with an editorial to ad ratio of 40 to 60. Although the magazines are printed in Quebec, Canada, a staff of 14 produces the content in New York. The cost of an annual subscription is $12.95.

Béisbol Mundial magazine launched in 2005 with an Opening Day Around the World Issue that focused on the dominance of Latino players in baseball. One quarter of readers (26 percent) are women. The bimonthly magazine is distributed in East Coast and West Coast markets and as an insert in newspapers in Atlanta, Chicago, Dallas, Houston, Los Angeles, Miami, Myrtle Beach, New York, Philadelphia, Phoenix, San Francisco, Savannah and Washington, D.C. There is also a bonus distribution at major baseball events including professional, amateur, youth, and international games, regional softball tournaments and some Major League Baseball games.

Mundial Group publishers believe interest levels in baseball are exploding and that the game’s popularity has expanded globally. To support their belief they point to the presence of Japanese players in United States and Cuban and Dominican players in the Far East. They are confident that because more than 25 percent of the 750 Major League Baseball players are from Latin America, and many of them have become well known, Béisbol Mundial will remain a viable publication. 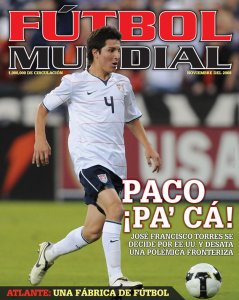 Launched during World Cup 2002, Fύtbol Mundial claims the top spot in circulation in its category of a soccer and Spanish language sports publication with an audited circulation in excess of one million. The company’s goal is to cover soccer from a global perspective and help Hispanics connect with one of the fastest growing sports in the United States.

Fύtbol Mundial content includes features and analysis with strong opinions. It relies on soccer writers based in New York, Los Angeles, Miami, Mexico City, Buenos Aires, Madrid and Rome. Just like its sister publication, Fύtbol Mundial is available via newspaper insert in the top Hispanic markets, at special events and by subscription.