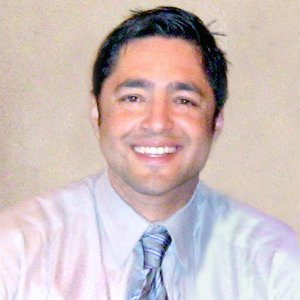 In mid September, Rami Rivera Frankl decided to become a political activist. Following his attendance at a political satire program on the Pocho Hour of Power, Rivera Frankl became motivated to spearhead a project that would lead him two months later to the production of Wake Up!, a politically oriented public service announcement (PSA) inviting Latinos to vote. Scroll down to watch the videos in English and Spanish.

According to the Pew Hispanic Center, in four of the six states President George W. Bush carried by margins of five percentage points or fewer in 2004 Hispanics constitute a significant share of the electorate: In New Mexico, Hispanics make up 37 percent of state’s eligible electorate; in Florida, 14 percent; in Nevada and Colorado, 12 percent.

“These statistics galvanized me to want to make a significant difference and help Barack Obama win our upcoming election,” said River Frankl. “What I created is a bilingual political satire PSA targeting Hispanic communities across the country with the message that candidate John McCain is asleep on the job and it’s time for America to wake up and vote for change!”

He did this as a private citizen without being compensated for his time by anyone and without any support, financial or otherwise, from either party. Although the idea began as a non partisan message the end result, a 60 second video in English and Spanish, showing Republican Senator John McCain asleep in Congress seems to favor the Democratic candidates. Rivera Frankl and the project volunteers remained independent of the political parties and their representatives and have not shared the video with either camp or had any official contact with the presidential hopefuls or their representatives.

River Frankls found many helping hands in his two month journey including everyday  concerned citizens and celebrities. More than 30 people supported his project along the way, offering assistance with minor tasks, advice, probono services and just plain support. All the work was probono. He initially paid $100 in publishing fees, marked down for the usual $7,000 fee, but since that part of the video fell through due to delays obtaining copyright permissions his fee was reimbursed.

“We started out doing it as a real simple thing,” said Rivera Frankl, who invested two months and 300 hours of his time on a voluntary basis to the project. “Because I truly believe the Obama/Biden ticket is going to be better for the Hispanic population than McCain/Palin. It’s a spot targeting Hispanic voters and that will galvanize the Hispanic population to vote.”

Although the video was ready for distribution a week ago it took almost that long to secure the remaining permissions and it was only on Halloween Day that he and his colleagues were able to release it nationally. The initial release was through YouTube. He plans to introduce the PSA via Spanish-speaking news outlets first and hopes for an Internet viral campaign to carry the message to the English speaking market.

Click on the play button to watch the English version of Wake Up!

Click on the play button to watch the Spanish version of Wake Up!