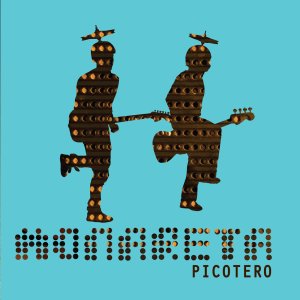 Earlier this month, Monareta, a Colombian duo that divides its time between New York City and Bogotá, launched Picotero, its latest album. In the past two years, the group released two digital albums on the Nacional Records label; and placed songs in films La Mujer de Mi Hermano and Warner Pictures’ upcoming Pride and Glory, and on Chicas Project, a mun2s television program. Scroll down to listen to Me Voy Pal Mar from the Picotero album.

Picotero is described in promotional materials as “intelligent and danceable, a unique fusion of styles refined over several years.” Andres Martinez, Monareta’s composer, producer and vocalist, mixes break beats and hip hop flows with live keyboard performances by Camilo Sanabria. The two became popular in clubs and electronic music festivals in their hometown of Bogota, Colombia. They named the band for the brand of BMX bike they rode as children. The music they perform is influenced by much of what they enjoyed in their formative years. 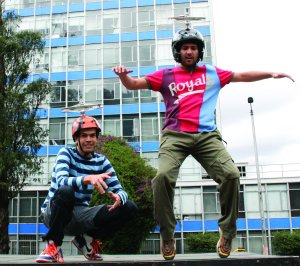 “Growing up, even as young as 11, I was really involved in the local freestyle street bike scene. All the street bikers in Colombia were heavily influenced by the break dance and electric boogaloo arriving from the U.S.,” said Martinez. “We heard groups like the Beastie Boys and Public Enemy and they completely changed our lives. And so that’s how we got the name for our group: It’s a homage to the`80s break dance, hip hop, BMX and the fashion scene that came from abroad to influence us in South America.”

With Monareta sounds to prove his potential Martinez received a Fulbright scholarship to pursue a Master of Arts in composition and film scoring at New York University. He moved from Bogotá to New York City and immersed himself in the local music scenes. Soon after that Martinez began integrating what he was learning with his studies into the group’s cinematic sound.

Monareta mixes electronic music with cumbia and champeta, the Afro-Colombian genre native to the streets of Colombia’s Caribbean coast. They also incorporate the reggae, dub and calypso sounds popular in the coastal cities. According to promotional materials, the track Llama in the new album especially illustrates this fusion, where the cumbia upbeat flows with a reggae groove and dub vocals. Recently, the group has split time living in Colombia and Brooklyn, while performing across the United States. In 2008, Monareta performed at South by Southwest and North by Northeast in Toronto.

Click on the play button to listen to Me Voy Pal Mar from the new album Picotero. 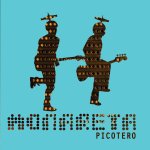