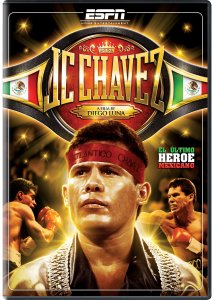 In an effort to capture the elusive market of young Latino men ESPN premiered its first Spanish language film September 27 on ESPN Deportes and ESPN Classic. The film, JC Chávez, chronicles boxer Julio Cesar Chávez’ rise in popularity. ESPN and Genius Products, L.L.C., planned to release JC Chávez on DVD September 30 for a suggested retail price of $19.95. Plans were also in the works for Red Envelope Entertainment to distribute the film digitally on Netflix on the DVD release date. Scroll down to watch a clip from the film in Spanish with English subtitles.

JC Chávez, part of the company’s Hispanic Heritage Month programming line-up, was scheduled to appear on ESPN Deportes in Spanish with Spanish graphics; and on ESPN Classic in Spanish with English subtitles and graphics. 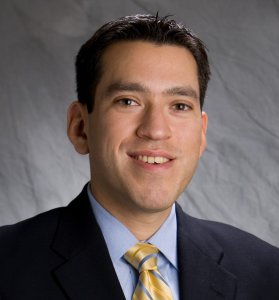 “Julio Cesar Chávez is one of the most beloved boxing icons of all times,” said Eric Conrad, director of Programming and Acquisitions, ESPN Deportes. “We are excited to have the opportunity to present ESPN Film’s first Spanish-language films in primetime. His story resonates not only with his countrymen, but with all who have worked hard to be the best at their craft.”

The film also represents Diego Luna’s directorial debut. According to promotional materials, the 78-minute film portrays an intimate account of the struggle and success of Chavez, considered by some a national hero, from humble beginnings in Culiacan, Mexico to a boxer of international renown. The film features interviews with Chávez’ family and friends, Mike Tyson, Oscar De La Hoya and Mexico’s former president. JC Chávez was produced by Canana, a film and production company based in Mexico City. 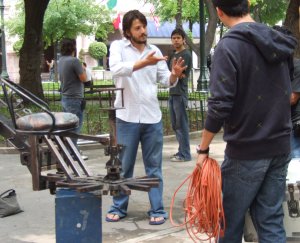 A moment during the filming of JC Chavez

“The story of Julio Caesar Chavez is one of struggle and perseverance,” said Tori Stevens, vice president, Multi-Platform Development, ESPN. “Chávez was the first boxer to rise out of Mexico and for that, he will always be a national hero. ESPN Home Entertainment is excited work with ESPN Deportes to present JC Chávez as its first Spanish-language DVD project in the Hispanic marketplace.”

Canana focuses on projects natured in Latin America with a worldwide perspective including the development of films in Spanish and English. It was founded in 2005 by Mexican actors Gael Garcia Bernal and Diego Luna, together with producer Pablo Cruz.