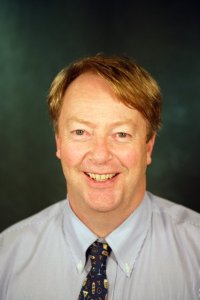 On Monday, September 15, the National Football League and ESPN will kick off Hispanic Heritage Month (September 15-October 15) with a special celebration surrounding the Philadelphia Eagles at Dallas Cowboys Monday Night Football game (8:30 p.m. ET, ESPN and ESPN Deportes). The organizers consider the game the signature event for the NFL’s Fútbol Americano initiative celebrating Hispanic Heritage Month, as well as a signature event within ESPN’s month-long campaign and programming efforts on ESPN Deportes to recognize the accomplishments of Hispanics.

ESPN Deportes, the only Spanish-language network in the country to broadcast football in Spanish, has been celebrating Hispanic Heritage Month for five years. This is the third season that ESPN Deportes broadcasts NFL in Spanish.

There will also be a customized version of the Hank Williams Jr. open, including some lyrics in Spanish, during the telecast. And, the Monday Night Countdown pre-game (7 p.m.) will highlight events with special features and coverage of the national anthem, performed by a Latino artist at Texas Stadium that evening.

“We’re excited to partner with ESPN to shine a national spotlight on Hispanic Heritage Month,” said Mark Waller, senior vice president, Marketing and Sales, NFL. “The Monday Night telecast will kick off festivities across the country to honor the NFL’s Hispanic players and fans.”

ESPN Deportes, which airs Spanish-language television Monday Night Football games, plans to feature its entire broadcast team with Martín, Allegre and sideline reporter John Sutcliffe on site for the match-up between the Águilas and Vaqueros (the teams’ Spanish language names, which will appear on Texas Stadium scoreboards during the game). 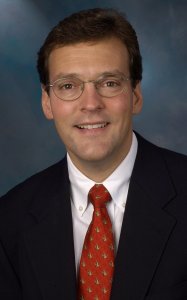 “The MNF game telecasts on ESPN and ESPN Deportes, as well as surrounding coverage and promotional support across multiple ESPN platforms, will celebrate Hispanic Heritage Month and the passion that Hispanics have long had for the NFL,” said John Wildhack, executive vice president, Program Acquisitions and Strategy, ESPN.

The day of the game, the NFL, ESPN and the Cowboys will host a MNF Chalk Talk Luncheon for 150 invited guests at Ruth’s Chris Steakhouse in Dallas. Alumni players from the Eagles and Cowboys have been invited to the event in honor of Hispanic Heritage Month. Martín and Allegre will be part of the panel of NFL experts. One of the organizations to be recognized for its work in the Dallas community will be a local Hispanic non-profit organization.

In anticipation of the Eagles-Cowboys game, Fútbol Americano messaging will be integrated into ESPN’s MNF promotion across television, radio, online and print. The following week, ESPN plans promotional support in anticipation of Hispanic Heritage Celebration events in San Diego around the Jets-Chargers MNF game. During that period, the NFL will air new spots from its “We are fans!” television campaign in recognition of Hispanic Heritage Month. Also, promoters will run a print ad in USA Today Sports in the hope of driving tune-in to the MNF Hispanic Heritage Month game.

The festival will include NFL Flag clinics, as well as an NFL Flag exhibition game between Los Diablitos from Mexico City and a local Dallas NFL Flag team. Los Diablitos are the national champions of NFL Tochito, the NFL Flag football program in Mexico. They will be recognized at Texas Stadium on field at halftime at the Monday Night Football game.

ESPN’s month-long Hispanic Heritage Month celebration will kick off September 1 with an integrated campaign across various ESPN entities on television, radio, print and online. Titled “Hispanics on and off the Field,” the campaign is designed to highlight the contributions Hispanics have made in the world of sports. ESPN’s Hispanic Heritage Month schedule will feature two new programs and daily 30-second vignettes honoring Hispanic athletes.

Themed programming will include J.C. Chávez, a film about the feats of Julio César Chávez, a Hispanic boxer. Directed by Diego Luna of Y Tu Mamá También (2001), the film examines Mexico’s adoration of the iconic six-time world title champion and will air on television for the first time Saturday, September 27 at 10 p.m. ET on ESPN Deportes and ESPN Classic. In addition, dominoes, will also take center stage during Hispanic Heritage Month with the premiere of the VI World Domino Championship September 23-25 at 8 p.m.