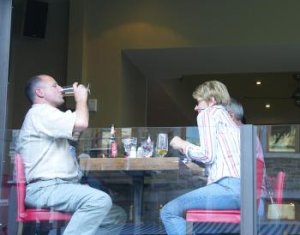 Latinos rely heavily on the health care information they access through media sources and 79 percent of respondents said they act on this information. This indicates media and social networks are powerful resources to reach America’s Latino population.

The researchers concluded that Hispanic men, youth and the less educated were the least likely to have a regular health care provider. This is similar to the demographic pattern present among non Hispanic whites who also lack a health care provider. Spanish dominant, less acculturated Latinos who have been in the a short time or are foreign citizens are more likely to report a lack of health care access.

At the same time, many Latinos who responded to the survey saying they have no regular place they visit for medical care are high school graduates (50 percent), United States born (30 percent) and have health insurance (45 percent). Many indicated they don’t have a health care provider because they are rarely ill.

The report, based on a nationally representative bilingual telephone survey of 4,013 Hispanic adults, was conducted between July 16, 2007 and September 23, 2007. It was written by Gretchen Livingston, senior researcher, and Susan Minushkin, deputy director, of the Pew Hispanic Center, and D’Vera Cohn, senior writer, Pew Research Center. They also examined Latino knowledge of diabetes issues and conducted the report in conjunction with the Robert Wood Johnson Foundation.

One Response to Latinos rely on media, social networks for health care information