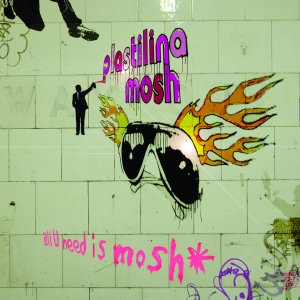 All U Need is Mosh album cover

Plastilina Mosh, a Monterrey, Mexico-based electro rocker band, just released a new Album. All U Need Is Mosh, the album released this early this month, follows the band’s 2006 Best Of’ Collection. Scroll down to listen to Pervert Pop Song from All U Need Is Mosh album.

“This was the first time we recorded an album without a major label breathing down our necks,” said Alejandro Rosso, who also produced the new album. “Which made for a much more relaxed recording environment. It was a truly independent work. We weren’t feeling the pressure of having to please some executive. The funny thing is that the end result is probably our most commercial album yet. Subconsciously, I’m sure we were thinking, ‘we have the freedom to really do what we want’.” 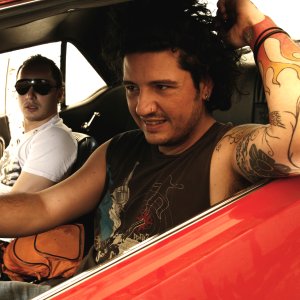 “It’s basically a testosterone song about football tackles. The arrangement is focused on the percussion. The song is a weird blend between two styles that I find original and fresh. To be honest, I don’t listen to much rock music,” said Rosso. “I’m always listening to jazz and classical. I sit down and consciously listen. When I get into a certain composer, I buy the sheet music and study it. On the flipside, Jonaz is always looking for the best new rock, punk or electronica album to inspire him. And he’s always trying to make compositions that are ‘hip’ to me. That’s the big twist. We really complement each other.”

Jonaz is a punk rocker and Rosso is a classically trained concert pianist. They believe their contrasting styles are an essential element for the band’s creative process.

“It’s my escape from that intense listening and playing. It’s always had some humor and irony. We don’t take it too seriously. When the band started, we never really cared what happened and just focused on having fun. That’s when everything started to happen. That’s always been so important to us. Over the years, we have really learned to keep from rushing things and how to avoid time pressure from affecting the creative process,” said Rosso. “So for this new album, we wrote most of the songs more casually, while we were touring. Everything just felt more natural that way.” ‘ 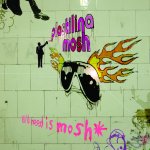