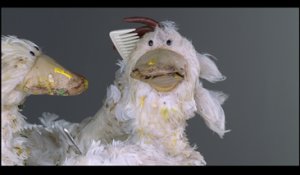 The “Transformation” spot parodies last year’s, Dove “Evolution.” It features the Foster Imposters, one enduring hours in a director’s chair being primped and pampered by the other, trying to pass as fresh and natural chickens. The commercial, produced for television, won the agency a Belding Bowl Award. According to promotional materials it is the only Belding Bowl awarded to an agency targeting the United States Hispanic market, and one of only five agencies awarded for their work in television.

“We are extremely honored to be recognized by The Belding Awards for our work with Foster Farms, which speaks directly to the personalities, views, and culture of the Hispanic population,” said John Gallegos, chief executive officer, Grupo Gallegos. “We believe the award validates our partners at Foster Farm’s commitment to telling their story in an entertaining yet effective way. We look forward to continuing to produce award-winning work with our client.” 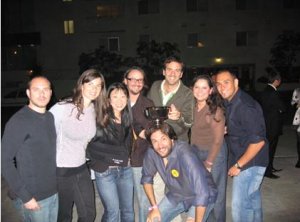 The ads aired on Univision, Telefutura, Telemundo and some independent stations: KRCA, KAZA and KWHY in Los Angeles and XEWT in San Diego. Agency representatives declined to share budget information or a video of the ad for this article.

The Belding Awards recognize the best work in television, print, interactive and radio; of advertising conceived and created in Southern California. An independent advertising firm specializing in the U.S. Hispanic market, Grupo Gallegos is located in Long Beach, California. Agency clients include Target, Energizer, Fruit of the Loom, Comcast, The California Milk Processor Board, and Valvoline.

Foster Farms is one of largest poultry sellers in the Western United States. The company has been accused by an East Bay Animal Advocates website of failing to provide proper care for chickens.