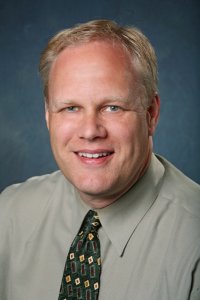 For the first time Detroit station FSN Plus will air Spanish language coverage of a Tigers Oakland Athletics game in an effort to attract Spanish dominant viewers in the areas it serves. Broadcaster Clemson Smith Muñiz will provide a play-by-play commentary and Adrian Burgos, Jr., a Latino Baseball historian, will serve as analyst Saturday, August 9 for the Detroit Tigers annual ¡Fiesta Tigres! Night at Comerica Park. Scroll down to watch 15-second promo video in Spanish.

“This is the perfect opportunity for FSN Detroit and the ball club to reach out to an important segment of the Tigers fan base, while honoring the heritage of many fans’ favorite players,” said Greg Hammaren, senior vice president and general manager, FSN Detroit. “We are proud to provide this important piece of programming to our cable and satellite providers in conjunction with the ¡Fiesta Tigres! celebration that night at Comerica Park.”

“This is a historic telecast for the Tigers, and for our ¡Fiesta Tigres! celebration,” said Duane McLean, senior vice president of Business Operations for the Tigers. “We’re thrilled FSN Detroit is offering the game in Spanish-language, and joining us in honoring the contributions of Hispanic players past and present.” 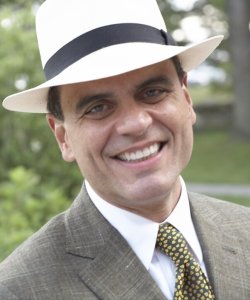 He has also worked as commentator for Super Bowl XLI and XLII, as the English and Spanish-language sideline reporter for Westwood One during the broadcast of the first NFL regular-season game in Mexico City in 2005, and as commentator during the 1997 and 1998 NBA Playoffs. A former sportswriter for the Hartford Courant, the New York Daily News and Spain’s El País, Smith Muñiz started his Spanish-language broadcast career in 1991 with ESPN International calling Australian Rules Football before graduating to major events such as the NBA Finals, Stanley Cup Finals and World Series. He is president of Smith Muñiz Productions, a New York-based company that helps clients target the Hispanic market.

Burgos, an educator and author, is an associate history professor at the University of Illinois specializing in U.S. Latino history, African-American studies, sport history and urban history. In 2007, Burgos published Playing America’s Game(s): Baseball, Latinos and the Color Line, a book that examines the impact Latino players had on U.S. professional baseball and on baseball’s color line and racial understandings. 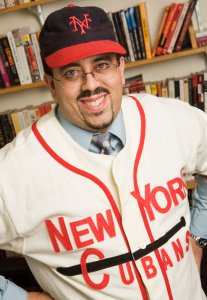 Burgos, who earned his doctorate from the University of Michigan, also was a contributing author to the 2006 book Shades of Glory: The Negro Leagues and the Story of African American Baseball. He served on the screening and voting committees for the National Baseball Hall of Fame’s 2006 special election on the Negro Leagues, and consulted on the Hall’s ¡Béisbol- Baseball!: The Shared Pastime project.

According to promotional materials FSN Detroit and FSN Plus coverage of the Tigers is available in 3.2 million cable and satellite households throughout Michigan and portions of Northwest Ohio and Northern Indiana.