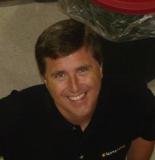 In 2006, eTapestry, an Indianapolis-based company, began creating a multilingual version of its on-demand fund raising software at the request of Spanish-speaking clients in San Diego, Miami, and Houston. After receiving positive feedback from early adopters, the developers made changes necessary to expand the eTapestry software into broader domestic and international markets allowing eTapestry to release a Spanish language version of the fund raising software in early July 2008.

“With eTapestry users accessing their data from points all over the globe, it was plain to see that eTapestry’s on demand software was opening up new opportunities for organizations everywhere,” said Jay Love, chief executive officer, eTapestry.

This is the first time company representatives have targeted the United States Latino market. The company promoted the new software by distributing a press release recently; and showcasing it during seminars, shows, and presentations.

“The need for automation and data segmentation is universal, but from the very beginning, eTapestry was architected with an eye toward offering the product on an international scale,” said John Moore, chief technology officer and vice president of development, eTapestry.

“This framework allows eTapestry to concentrate on how nonprofit organizations run their business rather than the traditional maintenance overhead of maintaining multiple versions of the software. Being a Software as a Service (SaaS) offering, we are positioned to rapidly evolve the product in a new market. We don’t have the limitation of client-installed software so our release cycle can be very aggressive. The customers will realize the benefits much quicker because their suggestions are incorporated into the product within a few weeks rather than months.”

ETapestry users pay a monthly rate based on the size of the database and number of concurrent users. It starts at $36 per month for one user and up to 1,000 records. The cost for 1,000 to 5,000 records is $112 per month and the pricing increases accordingly depending on the number of records. Additional services are offered a la carte, allowing each organization to add extra services at their discretion. 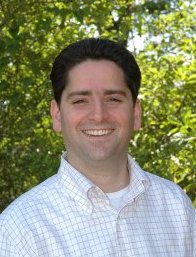 “The nonprofit community in Latin America is rapidly growing and needs software to better manage donor relations and overall accountability,” said Andrew Mosawi, vice president of international business development, Blackbaud. “It is a market that has been under served by the nonprofit software industry thus far, and we are pleased to provide an on-demand solution that is tailored to the unique needs of these growing organizations.”

Founded in 1999, eTapestry is a web-based donor database and communications management system that delivers software over the Internet, allowing access from desktops, laptops and mobile devices. The company offers its 3,000 customers website development, e-commerce and advanced email tools.