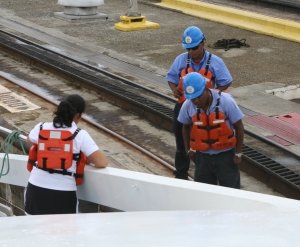 Latino labor growth has slowed down due to America’s economic woes and the construction industry recession, and working age immigrant Latinos represent a lesser percent of the overall Hispanic labor pool than in the recent past. These are the findings of a recent Pew Hispanic Center report on labor and Latinos trends in the United States.

In spite in the decreasing growth opportunities, there are no indications that immigrant Latino workers are leaving the country, according to Latino Labor Report, 2008 written by Rakesh Kochhar, associate director for Research, Pew Hispanic Center. Latinos represent 14 percent of the United States labor pool and more than half, 52 percent, of working age Latinos are immigrants.

As a result changes in the Latino working population may have a limited impact on the overall working population. Nonetheless, it is noteworthy that Hispanic unemployment in the first quarter of 2008 was much higher than non Hispanic employment, 6.5 percent versus 4.7 percent. This data is in marked contrast with labor statistics of less than two years ago.

In late 2006 the difference in unemployment between Latinos and the mainstream was only .5 percent, 4.9 percent for Latinos compared to 4.5 percent for non Latinos. Immigrant workers have been affected more than most. For example, for the first time in five years more foreign more born Latinos than native born Latinos were unemployed.

In the last year, changes in the construction industry caused a drop of 250,000 jobs among Latinos and eliminated existing job growth within that working group. This is significant because for years construction represented the largest growth industry for Hispanic workers, especially among immigrants. Of the 221,000 Latino workers who left jobs in construction last year, 152,000 were people who had migrated from Mexico.

In 2007, Latino women suffered in greater numbers than their male counterparts, leaving the labor force in great proportion and showing more unemployment than Latino men. There were 130,000 Latino women who became unemployed last year and unemployment among Latino women increased from 5.6 percent to 7 percent.