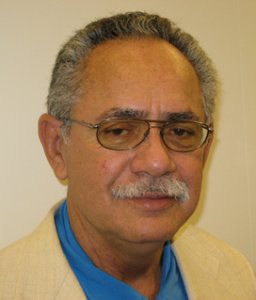 According to a recently released study,”African American and Latino Enrollment Trends among Medicine, Law, Business, and Public Affairs Graduate Programs,” funded by the Ford Foundation and conducted by researchers from the Tomás Rivera Policy Institute (TRPI), few Latino and African American students are enrolling in medicine, law, business, and public affairs graduate programs. This is due in part to a low number of high school graduates among these ethnic groups and the bachelor’s degree entry requirement of the programs. Affirmative action and law suits related to affirmative action have also been contributors, according to the report.

The report was prepared by Rodolfo de la Garza, project director, and Sepehr Hejazi Moghadam, research associate, of the Tomas Rivera Policy Institute office at Columbia University. The researchers selected disciplines “where policy makers go and come from” and those they believe most influence the nation. They approached the top 10 public and private schools and programs in each category to request interviews and information. The study took place over an 18 month period beginning in 2006.

“Many of the universities wouldn’t respond or said they don’t provide that kind of study,” said de la Garza about how the universities reacted to project. “Ford gave a rather handsome grant of more than $15,000.”

As an example of the drop in law school registrations because of California’s anti-affirmative action movement the report points to California law schools. From fall 1995 to fall 2006, the number of admitted African American and Latino students in University of California’s three law schools declined 28 percent.

On the good news front, more diverse students are graduating with public affairs master’s degrees which train students for careers in government, business, media, nonprofit organizations, non governmental and international organizations. Master’s degrees in traditionally underrepresented groups have increased from 18 percent in 1996 to 25 percent in 2004. Once again the increase is inconsistent with the growth of the African American and Latino populations nationwide.

Founded in 1985, the Tomás Rivera Policy Institute (TRPI) advances informed policy on key issues affecting Latino communities through objective and timely research contributing to the betterment of the nation. TRPI is an affiliated research unit of the University of Southern California School of Policy, Planning, and Development and is associated with the Institute for Social and Economic Research and Policy at Columbia University.