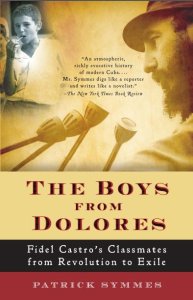 The Boys from Dolores book cover

In The Boys from Dolores Fidel Castro’s Schoolmates from Revolution to Exile, a recently published book (Vintage, $15.95), Patrick Symmes tells the story of some of Cuba’s privileged boys from days gone by. Fidel Castro and his brother Raúl are among the many boys that attended the Colegio de Dolores, a private school on the island, in the 1940s.

In the 352-page book, the New York author describes the story of a group of boys he believes were an essential part of Cuba’s political and social history. The boys, chosen from among the most affluent and ambitious families in eastern Cuba, were groomed at the school Colegio de Dolores for achievement and leadership. 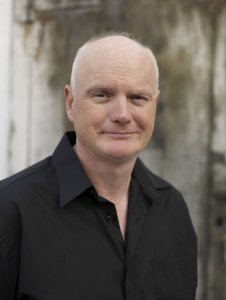 According to promotional materials, Symmes tracked down dozens of schoolmates and shares some of their stories in the book. He includes their time at the Colegio and the effects of the revolution on their lives. The boys, he tells the reader, were trained by Jesuits for dialectical dexterity and the pursuit of absolutes.

He goes on to describe Fidel Castro in his formative youth, as an adolescent in the Colegio and in the streets of Santiago, the province where the school was located. Symmes traces the years in which the revolution was conceived and its evolution. He also describes the changes it produced in Santiago and in the lives of the boys. With Symmes’ help the reader can follow the boy’s life through the 1960s, as many left Cuba and a few stayed behind.

Symmes sets out to provide readers with a tour of the world that gave birth to Fidel Castro and the island his Cuban Revolution left behind. It is described as an “eye-opening portrait of Cuba in the twentieth century.” Symmes, a resident of New Yok, is the author of Chasing Che. He writes for Harper’s, New York, Outside, and Conde Nast Traveler magazines.