Organization of retirees surveys Hispanics, finds many concerned about economy 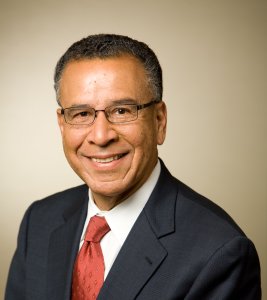 Some Hispanics feel the impact of recent economic hardships more harshly than other groups, according to a recent 32-page report prepared by Gerard Rainville and released by the American Association of Retired People (AARP). The findings are based on a national telephone survey, in English and Spanish, of 1,002 adults 45 years of age and older conducted by Woelfel Research, Inc. between April 12 and April 23, 2008. The individuals selected were part of a nationally representative sample that included 400 Hispanics. Researchers generalized their findings by including an oversample of Latino respondents.

The survey, The Economic Slowdown’s Impact on Middle-Aged and Older Hispanics, part of AARP’s examination of how Americans 45 and older are faring through economic difficulties, found that 86 percent of Hispanics 45 and older who were surveyed said the economy is in fairly bad or very bad condition, and 82 percent said it is getting worse.

“The current economic downturn is forcing many in the Hispanic community to take very difficult choices between their immediate needs and long-term financial security,” said Jacob Lozada, board member of AARP.

The AARP study led researchers to conclude that two-thirds of all Americans 45 and older are having a harder time paying for food, gas and medicine. At the same time, they concluded four in five Hispanic respondents (80 percent) are struggling to afford daily necessities.

The researchers also believe middle aged and older Hispanics are more likely than the general population of people 45 and older to have difficulty paying their mortgage or rent (41 percent to 26 percent), and paying for educational expenses (32 percent to 19 percent). AARP representatives also believe Latinos are suffering more acutely as a result of the high foreclosure rates. Forty-one percent of respondents to the survey said they are feeling concerned about losing their home and 77 percent said they worry about the safety of neighborhoods with many foreclosed homes.

AARP representatives believe economic pressures are forcing middle-aged and older Hispanics to make difficult choices that could have dire long-term consequences. One third of the 400 individuals surveyed by phone said they had stopped depositing money into a 401(k), IRA or other retirement account, and more than 26 percent said they are prematurely raiding these savings accounts. Twenty–two percent of those surveyed said they are cutting back on medications and 31 percent said they have postponed paying some bills.

“We are going to feel the effects of this economic crisis for many years to come,” said Lozada. “Raiding your nest egg has a compounding effect because that money is not allowed to grow at a time when you have fewer working years to make up the losses.”

On the other hand, many of those surveyed said they are spending cautiously, spending less on entertainment and eating out (71 percent) while 62 percent are postponing travel plans and major purchases. About one quarter of respondents said they postponed retirement plans and 23 percent said they are working more hours.

AARP is a nonprofit, nonpartisan membership organization of 39 million people aged 50 and older. Two of AARP’s board members are Hispanic. According to the AARP website, in April 2007 1.2 million of the organization’s members were Hispanic.