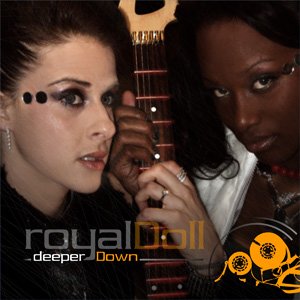 Deeper Down, the first Royal Doll album, will be released online via iTunes.com, iTunes International, Emusic.com, Amazon.com, napster.com, this month. It will sell for $9.99 for the album or .99 cents per song. The album, which includes pop, trip hop, alternative, rock and R & B rhythms, has 15 songs including 14 new songs and a remix. Vocalist Damaris De Jesus and Producer and multi-instrumentalist Greg L. Hines, known by his artistic name Mad Scientist Brother Noyze The Mad Musician,  make up Royal Doll.

“It’s a funny story. A guitarist friend of mine and I were discussing our favorite movies. We both agreed on Willy Wonka as an all time great movie. He mentioned to me the author of the original book they based the movie on (Charlie and The Chocolate Factory) was named Roald Dahl. I thought he said Royal Doll. I told him the guy had a great name, Royal Doll. He the said no; Roald Dahl. We both died laughing, ” said Hines, chief executive officer and president, HardKandy Records Inc. when asked about the origin of the name Royal Doll. “I then told him when I found the right vocalist I was going to name a project Royal Doll. Years later I found the beautiful Damaris De Jesus a true Royal Doll and knew the project we were working on would fit the name.” 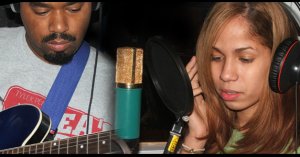 Hines’ love of noise and odd sonic textures comes from his fondness for Sci-Fi and from years working in a factory where he used to Human Beatbox in time with the machinery. After eight years of music production, he developed House of Ill Repute, a project in which he is a vocalist and released the EP Are You My Eve? as well as the album Confessions of a Lover Gone Mad. Later, Hines returned to music production specializing in hybrid music types and started HardKandy Records as an outlet for his music.

De jesus also a Newark, New Jersey native found refuge from difficult moments in music. A chance meeting with Brother Noyze during a talent show led to the signing of a solo album for her. He also invited her to be the lead singer for Royal Doll.