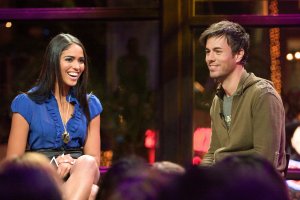 In April, mun2 hopes to capture the hearts of its viewers 12 to 34 years of age with Enrique Iglesias: Bigger on mun2, a series of appearances by singer Enrique Iglesias. The pop star will be featured prominently including holamun2.com originals, hosted shows, interactive features, original promos, music video blocks, and exclusive interviews. Some of the programs, a promo, digital vignette and teasers, will be available in part or whole on holamun2.com, the network’s website. Appearances will be in Spanish, English and spanglish.

“Mun2 is bringing a true pioneer of bilingual pop to fans with our exclusive Bigger on mun2 treatment of original, irreverent, and candid content on-air and online,” said Flavio Morales, mun2 vice president of Programming. “Kicking off the new season of Vivo with Enrique Iglesias, one of the greatest international pop stars of all time, is a huge treat for our audience.”