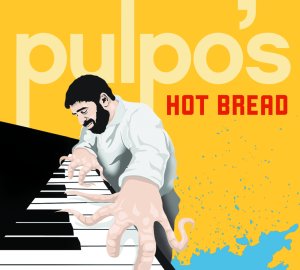 There are arrangements by Jóse Febles, Papo Lucca, and Oscar Hernández and Pulpo enlisted the participation of Héctor “Papote” Jiménez, a young vocalist. Driving the project home are Pulpo’s solos and montunos for which the veteran is known, including five original numbers. He also pays homage to Latin musicians Eddie Palmieri, Willie Colón, and Héctor Lavoe.

“About 20 years ago, Pulpo asked his musical mentor José Febles to write two original songs for a potential album Pulpo was going to record. Of the two, ‘Hot Bread’ was a Latin jazz composition written specifically for Pulpo and his style of piano playing. That album never came to fruition and the arrangement sat in the bowels of Pulpo’s basement for two decades. While brainstorming titles for the CD, it was deemed to be a fitting tribute to his musical mentor and to Pulpo’s true passion for Latin jazz,” said
Chris Soto, founder of The Mambo Project, when asked how the album title was picked. 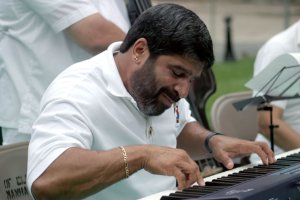 Born in New York City on December 28, 1953, Pulpo’s musical journey began at the age of 14 and has spanned more than four decades. His parent’s commitment to their heritage played an important role in his decision to pursue Latin music at a time when his contemporaries were moving towards mainstream rhythms. After experimenting with various instruments, Pulpo followed the tutelage of piano man Charlie Palmieri.

In 1975, Pulpo received his big break when he was approached by Fania All-Star vocalist Héctor Lavoe to be his pianist and musical director. For 16 years, Pulpo recorded and worked with Lavoe while they toured throughout the world. Pulpo was also a piano and musical theory teather for more than 16 years at Johnny Colón’s East Harlem Music School in New York City.

In addition to his own band, Pulpo plays and tours with the Big 3 Palladium Orchestra. Most recently, Pulpo became the musical director of Orquesta De La Gente (ODLG), a group dedicated to the memory of Héctor Lavoe which performs original tunes from the vocalist’s repertoire.

The nickname “Pulpo” (Spanish for octopus) was coined in recognition of his ability to move up and down the keyboard. Pulpo’s love for Latin jazz led him to start his own band named Ensalada De Pulpo.