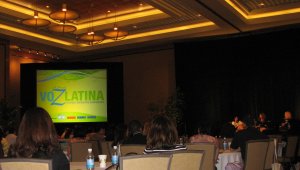 “You have to start from square one now,” said Angela Sanchez, senior director of Marketing/Digital, Universal Music Group Distribution and one of the panelists of The Digital Arena, From Distribution to New Opportunities panel Tuesday morning.

“We need to appeal to the advertising world,” said her co-panelist Angel Sepulveda, executive director of Programming, Terra Networks USA.

“It’s great because everyone seems to want to work with you and you’re taking on a new role,” said Judy Canton-Navas, panel moderator and managing editor of the newly launched Billboardenespanol.com. 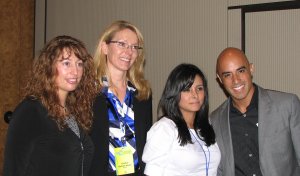 Wednesday, there was a presentation about the Latin digital market by a representative of Music Ally followed by artist discussions about urban music and reggaeton. These were followed by a Q & A session with Enrique Iglesias. Thursday’s program was marketing oriented with a mix of speakers from Creative Artists Agency, HipCricket, Conill and Target and panelists from LatinWorks, Batanga, Motivo Insights, Sprint, ESPN Deportes, Best Buy, Telemundo Network, People en Español, and Verizon.