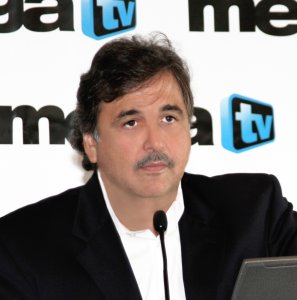 Agustin Fernandez was named managing director of the new SBS division which is expected to announce its first original production in the second quarter of 2008. SBS executives believe the new company will benefit from the resources, infrastructure and promotion provided by the SBS multimedia platforms and their proprietary brands, including the SBS radio and Mega TV television networks, the SBS online properties as well as the SBS Media Center, a five-acre high definition production facility under construction in Miami.

“Our entry into filmed entertainment is a natural follow-up to our 2006 debut of MegaTV and our successful efforts in the production of original programming for our network”, said Raúl Alarcón, president and chief executive officer of SBS. “Our foray into broadcast television alerted us to the staggering demand in the global marketplace for cutting-edge, high-quality filmed entertainment which, until now, has been dominated by a handful of foreign suppliers. And, of course, we intend our own Mega TV to be a primary beneficiary of the Megafilms production slate.”

Fernandez, a producer, writer and director, specializes in modestly budgeted pictures. He is the founder and president of Babylegs Entertainment, a production company that offers full production support for several partners including direct-to-video films, television programming, commercials and music videos for traditional and new digital outlets.

Fernandez spearheaded El Vacilon The Movie which was released in 17 screens in the New York area and grossed $2.3 million. Fans have purchased more than 500,000 copies of the Lions Gate Films released DVD. His next feature, A Wonderful Christmas, Feliz Navidad, a Latino-themed Christmas film staring Raul De Molina, Giselle Blondet, Mariana Seoane and Jose Feliciano, was released in November 2007 by Lions Gate Films.

In the past five years, Babylegs has developed, produced, marketed and distributed 65 commercials, 28 music videos, and 10 feature films including, Ego with recording artist Eve, and Michael K. Williams, and El Cantante with Marc Anthony and Jennifer Lopez. Fernandez received two Emmy awards in 2007 and was nominated for an Emmy in 2006.