Exile recounts his escape from Cuba in new book 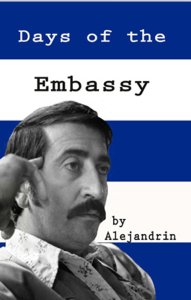 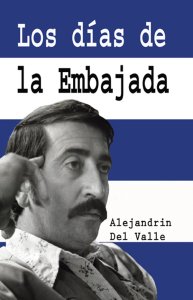 In 1980, Argelio “Alejandrin” Del Valle was one of 10,800 desperate people who sought refuge in the Embassy of Peru in Cuba. More than 20 years after this life changing experience and now settled in a new country he shares his tale of sorrow and despair in English and Spanish in two books. Scroll down to see a clip from Shoot Down, a recent movie.

After three weeks without food he surrendered to the communist government. Harassed by communist gangs, and forced to run a gauntlet of attackers, Del Valle reached the shores of America via the Mariel Boatlift a few weeks later. In his books, Days of the Embassy (RJ Gagnon Publishing, $13.95) and Los días de la Embajada he describes his views on the differences between democracy and communism. 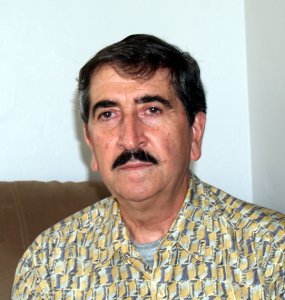 Del Valle was born in a suburb of Havana ten years before the communist revolution in Cuba. Under Castro’s rule, he was indoctrinated into the communist mentality, despising capitalism, and the American way of life. As a young adult, he began to question the communist doctrine after he was denied further education because of his disagreement with the communist doctrine. After many failed attempts to escape Cuba he was caught and awaiting trial when the opportunity to seek asylum at the Peruvian Embassy presented itself.

In 1987, he wrote and obtained copyrights to Los días de la Embajada in Spanish although the book was only published in May 2007. Convinced many second and third generation Hispanics are better able to read in English than Spanish, he found a small English language publisher. The book was rewritten, edited and published in English first.

Following the publication of the English edition, Del Valle and two Spanish professors converted and edited the English version into Spanish in late 2007. Del Valle, in the U.S. since 1980, works as a Volkswagen technician in West Palm Beach.