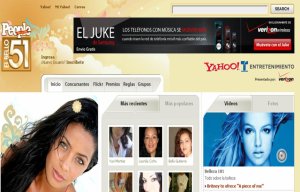 People en Español magazine and Yahoo! Telemundo have been working together in a cross promotional beauty contest they hope will boost magazine readership, website traffic and television viewer numbers. The winner of the 51st Most Beautiful national contest will be included in the magazine’s 50 Most Beautiful issue.

The special annual issue, due in newsstands in late April highlights 50 popular Hispanic celebrities in TV, film and music. This year will be the first time a non-celebrity will be featured in the 50 Most Beautiful issue.

“The 50 Most Beautiful issue is one of our reader’s favorites,” said Jackie Hernandez, publisher of People en Español. “We are thrilled to bring a unique opportunity where we can connect readers with their favorite celebrities in this celebrated issue.” 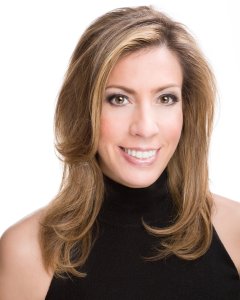 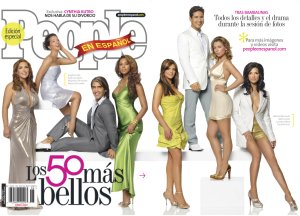 2007 50 Most Beautiful issue cover – click on image to enlarge

Yahoo! Telemundo invited visitors to submit photos to compete for the title of People en Español’s 51st Most Beautiful. People en Español and Yahoo! Telemundo together selected 25 finalists from the original 5,000 photo entries. Contest organizers hope to generate traffic for the website by inviting the public to view contestant photos, related articles, celebrity news, fashion and beauty tips, message boards, and profiles and vote for their favorites.

“We are thrilled to be partnering up with People en Español on this 360-degree media promotion, the first of its kind in any language,” said Peter Blacker, senior vice president, Digital Media, Telemundo. 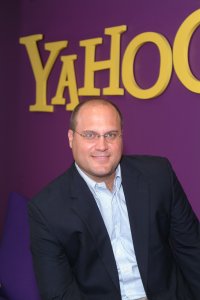 “Our Bello 51 site will not only allow our community of users to vie for the chance to be the first non-celebrity to be featured in the 50 Most Beautiful issue, it will also let them be an integral part of the selection process,” said Jose Rivera Font, general manager, Yahoo! Hispanic Americas.

Prior to the final selection the pool of finalists will be narrowed down to 15 and then five contestants. The winner of the 51st Most Beautiful contest will be selected February 26 by unnamed People en Español and Yahoo! Telemundo staff taking into account “user votes and other editorial components.”

The winner, who will receive a cameo role on a Telemundo telenovela, will be announced on Telemundo programs “Cada Dia” and “Al Rojo Vivo con María Celeste.” He or she will be flown to Miami for the show appearances; take part in a cover photo shoot; and be invited to the contest party in May.

Launched in 1996 as a special issue, People en Español has a monthly circulation of 515,000. Yahoo! Telemundo is a commercial venture between Yahoo! Inc. and Telemundo Communications Group, Inc.