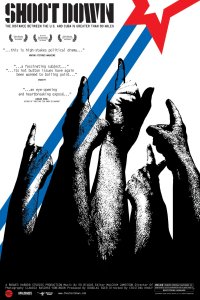 For three years film director Cristina Khuly and producer Douglas Eger, co-founders of Rogues Harbor Studios, worked on a documentary film that opened in theaters last week. They dedicated their financial resources and countless hours to researching, documenting, interviewing and creating “Shoot Down,” an 88-minute documentary film about the tragedy that befell four members of the Miami based Brothers to the Rescue volunteer group.

On February 24, 1996, the volunteers were shot and killed by two Cuban military fighter jets while flying, unarmed, over the area between Florida and Cuba, in international waters, in search of Cuban refugees. Scroll down to watch “Shoot Down” video clip. 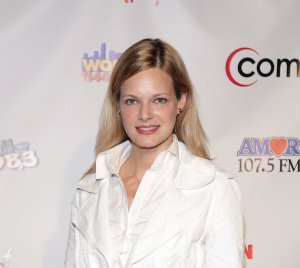 Cristina Khuly, director of “Shoot Down”

Cristina’s uncle was Armando Alejandre Jr., one of the four American’s killed that day. The other three men were Carlos Costa, Mario De La Peña and Pablo Morales. As part of the production for the documentary the producers scoured government documents, transcripts and never-before seen news footage of Fidel Castro. According to promotional materials, the film features voice recordings from the MiG pilots and their controllers in Havana; and the cockpit recordings from the Cessna planes, edited to re-enact the moment when they were shot down.

During the film, winner of the 2007 Sonoma Film Festival Award for Best Documentary, interview subjects speak English and Spanish. “Shoot Down” includes English subtitles for Spanish speakers. In some theaters, there will be Spanish subtitles for the English speakers. Residents of Chicago, Houston, Los Angeles, Raleigh, South Florida, and Washington, D.C. will be able to watch the film in a local theatre. Rogues Harbor Studios is expected to release the film on DVD following the theater showings.

Khuly co-founded Rogues Harbor Studios with Eger in 2005. Khuly, a former model and commercial actress, is an artist. Eger served as chairman and chief executive officer of Eger, Inc., a company that creates, builds, and manages high growth enterprises. Since 1997, Eger has served as president of Taconic Enterprises, Inc., a merchant bank that specializes in investing in and advising high growth companies.