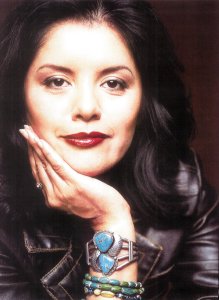 A podcast interview with Mabel Valdiviezo, producer and director, “Carlos Baron” and “Soledad is Gone Forever” is available in the Podcast Section of Hispanic Marketing & Public Relations, HispanicMPR.com. During the podcast, she discusses the films and making films for Hispanic audiences with Elena del Valle, host of the HispanicMPR.com podcast.

Mabel is the founder of Haiku Films, a production company based in San Francisco, California.  She is the writer, director and producer of the short films “The Water’s Muse” and “Strange Machines: Music Boxes” that screened at the International Latino Film Festival and the de Young Museum in San Francisco.

To listen to the interview, scroll down until you see “Podcast” on the right hand side, then select “HMPR Mabel Valdiviezo,” click on the play button or download it to your iPod or MP3 player to listen on the go, in your car or at home. You can also subscribe to the podcast by right clicking over the podcast box and selecting “copy shortcut” then inserting the URL address in the podcast section of your iTunes program listed under the “advanced” column. The podcast will remain listed in the January 2008 section of the podcast.