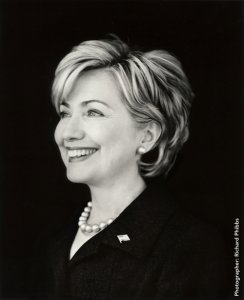 A recent survey, released by Avanze, Inc. in partnership with ImpreMedia, identifies Democrat Hillary Clinton and Republican Rudy Giuliani as top preferences for presidential candidates among Hispanic voters. The survey was conducted over 539 telephone interviews among a representative sample of Hispanic registered voters in California, Texas, Florida, New York and Illinois between November 27, 2007 and December 2, 2007. Respondents were asked about issues that they consider important in their decision making on Election Day 2008.

The top five issues these registered voters expected to take into account when they decide on a candidate are, in order of priority, the war in Iraq, immigration, the economy, healthcare and education. Issues that were culturally troublesome to some Hispanics include the death penalty, abortion and same-sex marriage. At the time of the survey, Democrats were in the lead for presidential candidacy support. Hillary Clinton had the support of 42 percent of registered Hispanics surveyed.

Rudy Giuliani was the favorite among registered Hispanic Republicans, with a 23 percent preference; followed by Fred Thompson, John McCain, Mike Huckabee and Mitt Romney, all with slightly less than 5 percent support. Among Democrats, 55 percent of registered voters had an early interest in Hillary Clinton followed by Barack Obama with 6 percent. Bill Richardson, Joe Biden and John Edwards received 5 percent support. 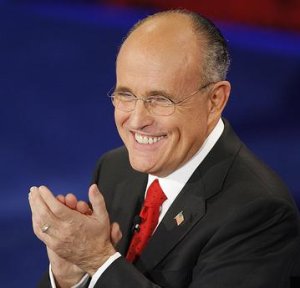 At the time of the poll, 35 percent of Hispanic voters were undecided. This wide margin presents opportunities for Republicans to tip the scales; and Democrats to maintain their lead, depending on how the parties navigate the social, economic, and particularly, the immigration issues important to Hispanics.

“As the U.S. Hispanic population continues to grow, so do citizenship rates and voter registration. As a result, the struggle to persuade Hispanics to vote continues. The opportunity for either party is the one third of the Hispanic vote that is still undecided. Despite the widely varied origins, experiences and opinions, this group remains a rich source of votes for the candidates and parties that address the issues important to them and communicate in ways that are culturally relevant,” said Everett Hernández, president of Avanze, Inc.

Survey findings show that Latinos surveyed favor Democrats thanks to their position on immigration, the economy, healthcare and Iraq by a majority of Hispanic voters regardless of party affiliation. Independent Hispanics represent 15 percent of Latino voters. Independents who responded to the survey believe Democrats’ position on the immigration amnesty issue, the economy and the withdrawal of troops from Iraq was weak. Republicans could try to take advantage of this perceived weakness but risk alienating conservative non Hispanic voters, especially on immigration issues.

Avanze is a San Diego, California public opinion and market research company focusing on multicultural markets. ImpreMedia is a Spanish language news and information company in the United States.