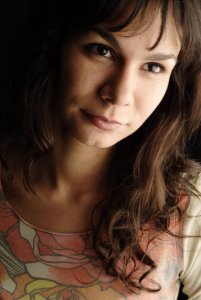 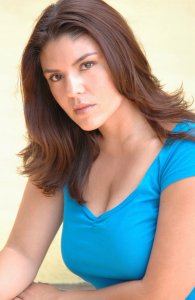 The grant, a project of the WIF/GM Alliance, was created to support talented filmmakers from Latina/Hispanic communities and other under-represented groups. The WIF/GM grant is presented to five up-and-coming Latina filmmakers, chosen through an application process overseen by a WIF selection committee of professional filmmakers and entertainment industry executives from the New York-based chapter of WIF, New York Women in Film & Television (NYWIFT).

The grant promises recipients the opportunity to learn about the business of filmmaking through a six-day, full-immersion mentoring program, shepherded by members of NYWIFT, including some of the industry’s better known and women filmmakers. 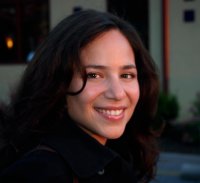 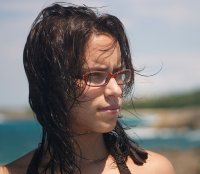 “Once again, we are tremendously impressed with the depth of talent among Latina women across the country and in other territories and countries. Women In Film steadfastly believes in mentoring, fostering and supporting exceptional women who want to work in the entertainment industry. And the emphasis of the grant is to support emerging filmmakers from diverse communities. We applaud this year’s winners and look forward to their future contributions to our industry,” said Judith James, chair of the WIF/GM Alliance.

A native of Costa Rica, Bagnarello is a graduate of Florida State University and a former Fulbright Scholar. In 2006, she was awarded an honorable mention in the Latino category of the Directors Guild of America’s Student Awards for her short, The Melting Pot. Her thesis film Inner Sight, won second place in the student category at the 2007 Palm Beach International Film Festival and was chosen to screen at this year’s Los Angeles Latino International Film Festival. Bagnarello’s current project, Flyways, tells the story of a Costa Rican woman illegally immigrating to the U.S. with her daughter via a cruise ship.

A graduate of Cal State Northridge, Duran was recently accepted as one of 16 participants in the 2007 Producers Guild of America’s Diversity Workshop for her feature screenplay The Search for Santiago. She was selected to attend the National Association of Latino Independent Producers (NALIP) 2007 signature program, the Latino Producers Academy, as a feature production fellow. Duran’s first short film, Red Phoenix, premiered at the 2006 Los Angeles Film Festival and her second short, Girls Night Out, won the grand prize in the 2006 Mercury/NALIP Latino Short Film Challenge. She is working on her first feature-length screenplay which she hopes to direct.

Gonzalez received an MFA in directing from the UCLA School of Theater, Film and Television.  She directed two award-winning narrative 35 millimeter shorts, “Countdown” and “Stuck.” Scroll down to watch the her short films. Her films have screened on KCET’s Fine Cut series and at the Film Independent P:I Showcase, Newport Beach Film Festival, San Diego Film Festival and Durango Film Festival. Gonzalez completed screenplays she hopes to direct for a feature film, Dr. Kevin, and a television pilot, The V.A. Spa.

Malley-Campos is a graduate of New York University’s film program. Her senior thesis, the short narrative When Chickens Bark, was was awarded  “Outstanding Achievement” at the 2007 International Student Film Festival. She is working in the Puerto Rican production office for the film, The Argentine, directed by Steven Soderbergh and starring Benicio Del Toro.

A graduate of the University of Southern California’s School of Cinematic Arts, Zuniga is exhibiting her thesis film, Santa Teresa, at the Los Angeles International Short Film Festival and the DC Shorts Film Festival. She is working as a cinematographer and camera assistant in feature film production. Zuniga’s goal is to write and direct feature films.

“By providing the opportunity to attend dedicated workshops and to network with professionals from all aspects of the filmmaking industry,” said Terry Lawler, executive director of NYWIFT, “these grants will provide these women with a broad base of skills and knowledge of how to turn creative ideas into reality.”

Founded in 1973 in Los Angeles, Women In Film is a non-profit organization dedicated to women in the global entertainment industry. Its purpose is to empower, promote, nurture and mentor women in the industry through a network of valuable contacts, events, programs, workshops, finishing funds and scholarships.

The Women In Film/General Motors Alliance was created to support women in the entertainment industry and to expand Women In Film chapter programs across the country.  The multi-year initiative was announced in Los Angeles in January 2005 and is supporting programs such as the Film Finishing Fund, Women’s Film Preservation Fund, Legacy Series, scholarships, mentorships and local WIF chapter award events across the nation. General Motors Corporation is the National Presenting Sponsor of Women In Film.

Click on the play button to watch “Countdown” and “Stuck” short videos courtesy of Xochitl Gonzalez.