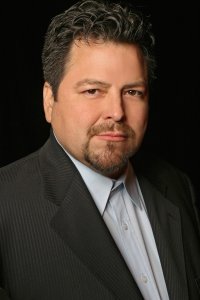 “Our viewers look to us for edgy and fun programming, reflecting the bicultural and bilingual experience in America. ‘Caesar and Chuy’ provides exactly that, an irreverent slice-of-life commentary that is classic LATV,” said Rick Najera, vice president, Programming Development, LATV. “This series is funny, top-notch and very on-the-mark. We certainly think it will connect with our audience nationwide.”

Caesar and Chuy are animated rockers and music video critics who comment on people and music from their very cheeky point of view. According to the LATV website, Ceasar likes positive energy, meditation and wheat grass.  Chuy loves fried food, partying,  and get rich quick schemes.

“The Homies Hip-Hop Show,” based on the worldwide figurine created by Dave Gonzales, was the first LATV animated program. Skits on the show parody popular culture and life in general. The stop-motion, one-hour program animated by Nicholas Romero is written by Renee Sandoval, Oskar Toruno and Najera who also wrote for “MAD TV” and “In Living Color” as well as creating “Latinologues.” The program which consists of eight to 10 sketches and music videos, airs Tuesdays and Thursdays at 9 p.m. PT.

Headquartered in Los Angeles, LATV has been on the air in the Los Angeles market since 2001 and launched nationally on April 23, 2007. LATV Networks, LLC is owned by Costa del Oro Media. Post-Newsweek Stations, Inc. is an investor in the national network and has a minority ownership interest in the Company as well as a seat on its Board of Directors. LATV is ad-supported and offers original and live programming, music, lifestyle and entertainment. The network targets 12 to 34 year-old Latinos.