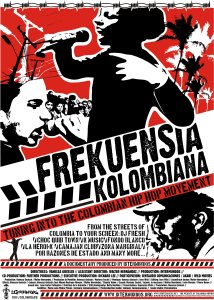 The United States premiere of a 58-minute documentary film that explores traditional forms of Colombian music and their relationship to hip hop will be at this year’s International Latino Film Festival in the San Francisco Bay Area. Produced in Spanish with English subtitles, “Frekuensia Kolombiana” will be screened Saturday, November 17 at 8 pm at the Macla Castellano Playhouse in San Jose, California. Scroll down to watch the film trailer.

Promoters are planning a tour of the film for early 2008 with stops in Chicago, New York, Dallas, Austin, Miami, Los Angeles and Puerto Rico. Also in the works is a special fundraising event and screening in Chicago to raise funds for non profit hip hop organizations in Colombia. 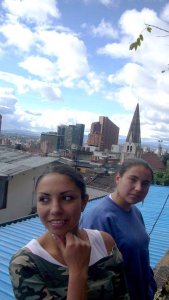 Directed by Vanessa Gocksch and produced by Vanessa Gocksch and Walter Hernandez “Frekuensia Kolombiana” is the second documentary by Gocksch about this theme in Colombia. The first, “Testimonios Hip Hop Colombiano: Año 2000,” won Best Documentary Short  in the first edition of the H20 Film Festival  in New York City. In the United States, the film is represented by Tinta Roja Projects. 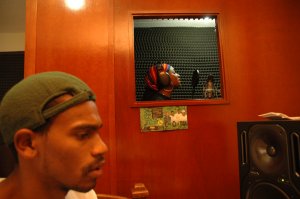 Gocksch is based in Cartagena de Indias on the Caribbean coast of Colombia. She studied visual arts with an emphasis in sculpture at Florida International University, La Cambre and Universidad Autonoma de Mexico. She has worked with sculpture, etching, photography, installation, performance and video. Her work has been exhibited in galleries and festivals in Mexico, Colombia, United States, Canada, Finland and England. In 2000, she began working with multimedia. She performs as a video jockey under the name of Pata de Perro, and develops the communication project Intermundos.

Hernandez, a professor in a Bogota university, has been an active participant and creator of Colombian hip hop since 1989. He has produced events such as Rapkiya, one of the first hip hop events on the Caribbean coast of Colombia and hosted hip hop radio programs in Barranquilla and Bogotá, Colombia.