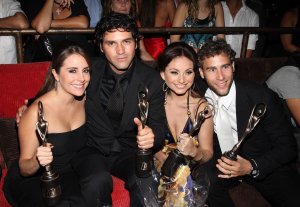 Miami based Fama Magazine recognized 17 Latino artists during this year’s Fama Awards. The honorees were selected by the magazine’s readers and had to be present to win. More than 700 party goers and 100 celebrities attended this year’s Fama Awards in South Beach, Florida. The Fama Awards are designed to “rescue the value and the idea of awarding in general, to honor achievement.”

“All the awards in the U.S. Hispanic market are for music and usually only for one network; Univision will not mention the Billboards Awards and Telemundo will do the same with Premio lo Nuestro. The award like Premios TVNovela is only for the novelas in Televisa,” said Al Vazquez, owner, Fama Magazine. 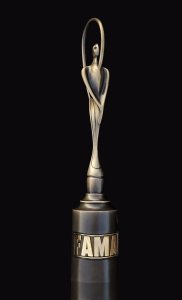 Each Fama Award is cast in bronze and weighs six pounds

In 1991, the magazine was restructured and renamed to Fama (Spanish for fame). About 70 percent of the magazine’s readers are women with a median age of 34. According to a company spokesperson, Fama Magazine has a national verified circulation of 150,000 with half sold to subscribers and the remainder sold at newsstands. The online edition has two million page hits per months.