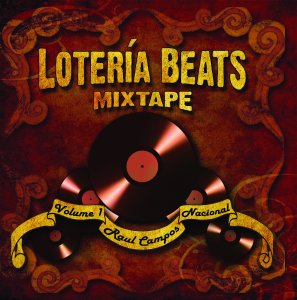 Campos, a native Angelino, is a tastemaker DJ and host of the annual Latin Alternative Music Conference for the second year in a row. He also hosts Saturday night’s mega-mixes for Power Tools on Power 106 FM, one of the longest running underground mix shows in Los Angeles. Campos has also opened for musical acts including Stevie Wonder, Martin Gore of Depeche Mode, Sheila E, Supreme Beings of Leisure and Lionel Richie.

To listen to the single “Olvidela Compa” (Rosco Remix) by Nortec Collective from the Raul Campos “Loteria Beats Mixtape Vol. 1″ album click on the play button below.