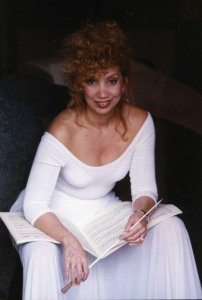 In celebration of Hispanic Heritage Month, Yahoo! Telemundo created two mini-sites to honor the successes and contributions of their picks of Latinos. The sites, Mosaico Hispano and Battle of the Bands, were designed to celebrate the personal and professional achievements and musical talents, respectively, of Hispanics from across the United States. The sites will be live from September 17 through October 31, 2007.

A tribute site to 10 individuals, Mosaico Hispano features video profiles of Hispanics whose successes and triumphs Yahoo! Telemundo representatives believe have left an imprint on their communities and are a source of inspiration.

Among the stories featured are those of New York City’s Tats Cru, a group that has elevated graffiti to an art form; Concha Rodriguez, a Chicago funeral director who visits schools and community centers to talk about the dangers of gang violence; and Juan Diaz, a Mexican immigrant who is a boxer and law student. Information about Yolanda Aguilar, Carlos Mejia, Hugo Ortega, Annette Taddeo, John Trasviña and Marlene Urbay also appears on the website.

Battle of the Bands showcases the artistry and musical talents of 10 up-and-coming U.S. Hispanic bands battling it out for instant online fame. The site features videos of the bands performing one song and interviews with band members and fans. Website visitors are invited to vote for a fan favorite.

We found no criteria for inclusion on the mini websites or promotional materials. A planning team of Yahoo! producers, and marketing and public relations executives worked together with Hardee Productions, a productions company, to select individuals and bands for inclusion. Several music festival producers also shared input for the battle of the bands selections. Website representatives declined to share budget numbers or impressions. “We can’t discuss budget specifics, but it was a project that was months in the planning and included filming, production in five major Hispanic markets,” said a company spokesperson.

“Each year, Yahoo! Telemundo honors our Hispanic Heritage by paying tribute to the richness and diversity of the U.S. Hispanic market,” said Jose Rivera Font, general manager, Yahoo! Hispanic Americas. “Mosaico Hispano and Battle of the Bands are, however, more than showcases of success and talent; they are also online venues that allow our users to interact and engage with the U.S. Hispanic community at large.” 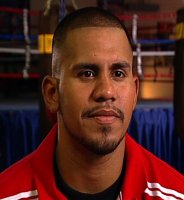 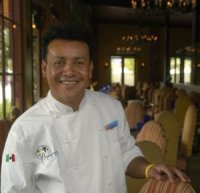 The websites are promoted online throughout the Yahoo! network of sites, via a news release, in the case of Battle of the Bands on band fan pages and promotional event materials. The sites were also promoted on the Telemundo television network.

“These sites have been designed to complement Yahoo! Telemundo’s broad offering for the U.S. Hispanic market while giving our users more of what they yearn for, the chance to discover hidden gems within their community and share in that discovery with others,” said Peter Blacker, senior vice president, Digital Media, Telemundo Network Group.

Mosaico Hispano and Battle of the Bands feature Yahoo! Telemundo Respuestas, which allows users to ask and answer questions related to any topic of interest, as well as  forums, voting and polls. Yahoo! Telemundo is a commercial venture between Telemundo Communications Group, Inc., a unit GE’s NBC Universal, and Yahoo! Inc.