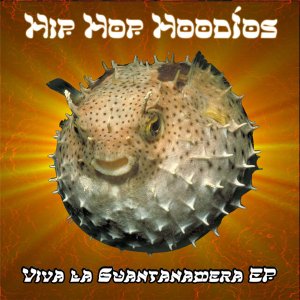 “Music has an infectious quality, particularly a song as joyous and entertaining as ‘Viva la Guantanamera.’ It is our hope that this song will inspire action against the continued  human rights abuses carried out at the Guantanamo Bay detention facility, where for more than five years now, individuals have been held without charge, without trial and without end,” said Larry Cox, executive director, Amnesty International USA.

“Hip Hop Hoodios wanted to bring attention to the need for due process at Guantanamo Bay Prison, and are willing to put their money where their mouths are,” said Norek, band co-founder. “Our group is concerned about America’s place in the world – how can we lead the ‘war on terrorism’ and claim to be about ‘freedom’ when we are keeping people locked up indefinitely without trials or presenting evidence?”

“Hip Hop Hoodios is of course against terrorism, but feels America’s policies are quite contradictory at times,” said Velez. “Amnesty International’s efforts to close Guantanamo Bay Prison were a good fit for us, and we are honored to be working with them.”

Also included on the mini-album is a new mix of “Havana Nagila” from the forthcoming V2 France release “Nu Jewish Musique.” The iTunes edition of the EP includes two bonus tracks, a live Hip Hop Hoodíos performance of “Ocho Kandelikas” on LATV and “Tu Margarita.”