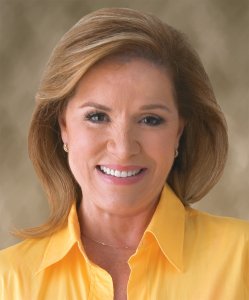 “Dichos embody the common sense of our community,” said Isabel Gómez-Bassols, spokesperson for Kimberly-Clark’s multi-brand Hispanic initiative Madre y Mujer, which includes Scott products. “By compiling them into a book that will be accessible to future generations, Scott will be helping to preserve a very important and precious part of our cultural legacy.”

For campaign purposes, dichos are “easily remembered, home-spun, common-sensical verbal treasures that punctuate most Latinos’ daily conversations” that contain collective wisdom and are handed down by word of mouth through generations of Hispanics.

“Scott has established a very strong connection with consumers in the general market as the common-sense choice, the brand that delivers what it takes to get the job done, for people who want substance, value and quality,” said Wendy Jacobson, marketing manager, Consumer Promotion for Scott. “We hope to further extend that connection to Latino consumers by celebrating cherished traditions such as dichos, and helping them thrive.”

The initiative, created by Miami-based Mass Hispanic Marketing, will be driven by radio ads in three cities, Los Angeles, Houston and San Antonio. At the national level, the campaign is expected to reach Latinos online and through in-store events. Consumers will be invited to share favorite Spanish language sayings in exchange for a chance to win a $3,000 grand prize, two $500 first prizes, and a year’s supply of Scott bathroom products.

“Eblasts will be sent by retailers to their Hispanic customer base, and the initiative will be supported by the brand with national radio via Dr. Isabel’s Univision Radio network show, spot radio buys in San Antonio, Houston and Los Angeles, in-store activities and POP displays in S.A., Houston, L.A. and New York, and a consumer-oriented PR campaign, nationally,” said Odette Hasbun, director, Client Services, Mass Hispanic Marketing. “As a matter of policy, Kimberly-Clark does not divulge marketing budgets,” she responded when asked about the campaign budget.

In 2006, Scott brand crossed the billion-dollar U.S. sales mark following four consecutive years of significant growth in the consumer bath tissue and towel category. When combined with sales of Scott-branded products in Europe and in Kimberly-Clark Professional and K-C’s developing and emerging markets businesses, the brand’s worldwide sales exceed $2 billion. No information was available about the extent of the company’s efforts to reach the Latino market or the brand’s popularity among Hispanics.

Madre y Mujer is a Kimberly-Clark initiative designed to provide practical, everyday solutions to Hispanic women in an effort to improve their quality of life and that of their families. Kimberly-Clark and its brands Kleenex, Scott, Huggies, Pull-Ups, Kotex and Depend can be found in 150 countries.