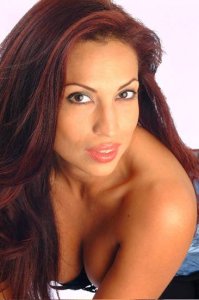 According to promotional materials, one of the main attractions to the show is Gloria B’s real life close relationship with her listeners many of whom call in daily to speak with her. She created “La encuesta del día,” a daily segment that airs everyday at noon. During the show Gloria B corresponds through e-mail and fax with her fans while she is on air. Listeners can also get in contact with Gloria B through her private cell phone and when they leave her voice messages she plays them on the air throughout the show.

The Gloria B show was ranked 15 during its first two years. According to the Arbitron Radio Market Ratings for New York Spring 2007 (New York, New Jersey, and Connecticut), her show has skyrocketed to the top third spot in the tri-state area. It is also the second most popular among women overall.

Perhaps what attracts fans is her humanity and willingness to share painful and embarrassing aspects of her life. During the show, Gloria B has shared her struggles with life from a hangover to ovarian cancer. She apologized on the air for failing to make her credit card payment on time.

Broussard’s radio career began in 1993. She first worked as an assistant program director for WSKQ 97.9. She rose to Metro Traffic’s news and traffic reporter for radio stations WADO, WSKQ, WXLX, and WLIR from 1994 to 1996. In 2000, Broussard worked with “Al Despertar,” a Univision Channel 41 news program. In 2002, she shared entertainment news and  gossip from New York as part of “Cotorreando” on Telemundo.

Click here to receive a free copy of Emotional Branding

One Response to Latina radio host popular among New Yorkers