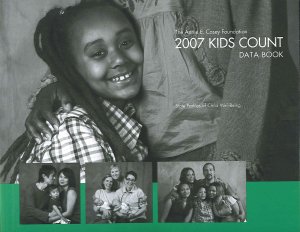 According to the recently released 2007 Annie E. Casey Foundation annual national Kids Count Data Book, Hispanic teens are the most likely to become pregnant and drop out of school. In 2005, Latino teenagers were more than twice as likely as non Hispanic whites to drop out. While 6 percent of non Hispanic whites between 16 and 19 dropped out, 14 percent of Latinos in the same age group left school.

This year, for the first time since 1990, the Annie E. Casey Foundation (AECF) annual national Kids Count Data Book includes data on children living in Puerto Rico in a separate section of the book. According to Foundation findings, children in Puerto Rico face higher levels of risk on nine of ten key indicators of child well-being.

Hear from market researchers about the Latino family in

“The Kids Count Data Book is the gold standard for all those interested in data on the status of children in this country. The inclusion of Puerto Rico not only is a welcome and much-needed addition, but also will ensure that the urgent needs of Puerto Rico’s children are taken more fully into account,” stated Janet Murguía, president and chief executive officer, National Council of La Raza.

The National Council of La Raza has housed the Kids Count Puerto Rico Project for the last five years. The organization published several reports and provided free information through an online database.

According to the 192-page report, in 2005, there were one million children in Puerto Rico. This represents a larger child population than that of about half the states in the United States. Puerto Rico’s child poverty rate, 55 percent, was nearly three times that of the U.S.

The Annie E. Casey Foundation is a private charitable organization, dedicated to fostering public policies, human services reforms, and community supports to meet the needs of vulnerable children and families.  The 2007 Kids Count Data Book is available online and can be ordered free of charge.