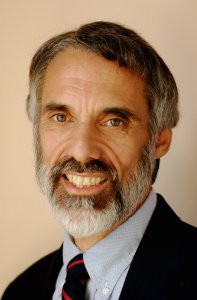 According to a new report by The Sentencing Project, Hispanics are incarcerated twice as often as non Hispanic whites. The report, Uneven Justice: State Rates of Incarceration by Race and Ethnicity, examines the racial and ethnic dynamics of incarceration in the U.S., and identifies widespread variations in racial disparity in the 50 states. It indicates African Americans are incarcerated at almost six times the rate of whites and Hispanics at nearly double the rate of whites.

“What we’ve seen over the last decade is significant increase in the Hispanic population that’s incarcerated,” said Marc Mauer, executive director of The Sentencing Project. “This could reflect changes in crime rates by state or could reflect the way the government processes people.”

While men represent 97 percent of the general inmate population, among Latinos men represent 95 percent. At the same time, while Latinos correspond to 13 percent of the United States population, 20 percent of individuals incarcerated in state prisons, excluding non criminal immigration detainees, are Hispanic. The Latino population is generally young, especially when compared with America’s aging mainstream population. This may cause Hispanics to be represented in higher numbers among inmates.

“My guess is that is part of the explanation but it doesn’t account for all the increase,” said Mauer. “Racial disparities in incarceration reflect a failure of social and economic interventions to address crime effectively and also indicate racial bias in the justice system. The broad variation in the use of incarceration nationally suggests that policy decisions can play a key role in determining the size and composition of the prison population.”

African Americans (24 percent) and Hispanics (23 percent) are well represented among inmates charged with drug crimes while non Hispanic whites only make up 14 percent of those inmates. Mauer explained these inmates are usually minor players who use and sell drugs but are seldom the decision making kingpins. As part of the analysis, researchers integrated the findings of previous studies. They included jail populations in the general incarceration rate and assessed the impact of incarceration on the Hispanic community, a group that represents an increasing portion of prisoners.

The state figures for Hispanic incarceration also reveal broad variation nationally. Three states, Connecticut, Massachusetts, and Pennsylvania, have a Hispanic-to-white ratio of incarceration more than three times the national average. Research from the Department of Justice projects that if current trends continue; one in three black males and one in six Hispanic males born today will go to prison.

Founded in 1986, The Sentencing Project is a national non profit organization working for a fair and effective criminal justice system by promoting reforms in sentencing law and practice, and alternatives to incarceration.

One Response to Sentencing Project: Hispanics incarcerated almost twice as often as whites