Forty percent of immigrant children have Mexican roots, most found in 12 states 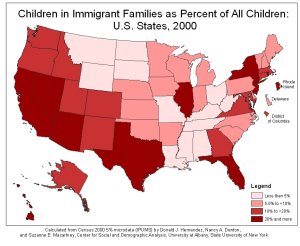 Washington, DC – Children in Immigrant Families: The U.S. and 50 States National Origins, Language and Early Education, a new research brief by Child Trends and the Center for Social and Demographic Analysis of the University at Albany, State University of New York, indicates that four of every 10 children in immigrant families have Mexican origins. Children with Mexican roots constitute the largest group of newcomers in 26 states.

The brief, authored by Donald J. Hernandez, Ph.D.,  Nancy A. Denton,  Ph.D., and Nancy MacCartney, M.A., also indicates that 20 percent of children in the United States live with one foreign born parent. Four in five children are American citizens, three out of four speak English and nearly one-half speak English fluently and another language at home. 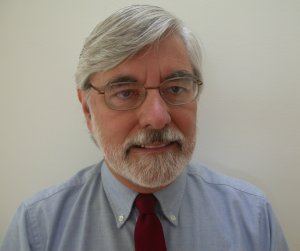 “These children represent a unique human resource for America. Investing now in early education and family literacy programs can help these children flourish,” said Hernandez, Ph.D., lead author of the brief. “Such investments will help to maximize the economic productivity of the next generation of workers who will support the soon-to-retire baby-boom generation. By developing strong language skills, these children can enhance the global economic and geopolitical positions of the U.S.”

While a state-by-state analysis on children in immigrant families revealed children whose families come from more than 125 countries and live in 50 states, 40 percent of children with immigrant parents have origins in Mexico. These children account for 50 percent to 81 percent of children in newcomer families in 12 states including Arizona, Arkansas, California, Colorado, Idaho, Illinois, Kansas, Nebraska, Nevada, and New Mexico, Oklahoma, and Texas. Children with other national origins are more likely to be found in the remaining states.

Child Trends is a nonprofit, nonpartisan research organization providing social science research to those who serve children and youth. Established in 1981, the Center for Social and Demographic Analysis (CSDA) at the University at Albany is dedicated to provide a strong research infrastructure for scholarship in the social sciences. It emphasizes support for interdisciplinary population research, especially the analysis of spatial inequalities and concerns for vulnerable.

One Response to Forty percent of immigrant children have Mexican roots, most found in 12 states