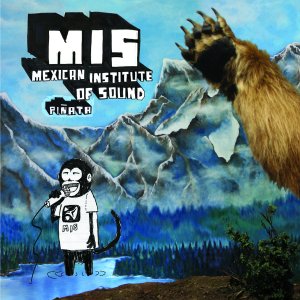 Mexican Institute of Sound’s follow up album to the successful 2006 debut “Méjico Máxico” album will be released to the public by Nacional Records July 24, 2007. Described as an “infectious pastiche of electronica, dub, cha cha, spoken word and musical surprises,” Piñata’s first single is “El Microfono.” The track will also be featured on the upcoming EA Games release “FIFA 2008.”

Guests in the new album include members of Tom Tom Club, Cornelius, and Babasonicos.  According to promotional materials, in the past year, MIS has received widespread acclaim from outlets like Spin, The New York Times, and Urb, as well as radio support from KCRW (Los Angeles), Indie 103 (Los Angeles), KEXP (Seattle) and KUT (Austin). MIS music has also been featured in a recent episode of ABC’s sitcom “Ugly Betty” and the Dos Equis national advertising campaign.

Camilo Lara, the one-man musician behind Mexican Institute of Sound, hails from Mexico City. He channels his inner rock star while holding down a day job as head of a major label. He creates his music with only the help of his computer, his imagination, and his collection of vinyl.

Lara’s talent is described as his ability to select and blend diverse musical references in his music. Lara’s hobby to compile the year’s best tracks led him to collaborate on remixes, under the moniker of Mexican Institute of Sound, for bands and friends like Placebo, Le Hammond Inferno, Gecko Turner, and Babasónicos.

With “Piñata” Lara hopes to continue the vision he launched with his debut album, which was meant to serve as a collage of musical influences that combine to reflect his impression of life in busy Mexico City.

To listen to the single “El Microfono” from the “Piñata” album Click the button to hear the podcast: