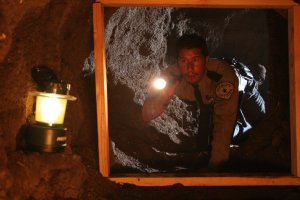 A scene from “Ladron Que Roba A Ladron“

Los Angeles, California – “Ladron Que Roba A Ladron,” a heist caper movie in the tradition of “Ocean’s Eleven” pulled off by a group of immigrant workers who team up to rob an evil, wealthy entrepreneur, is scheduled for release in 300 theaters nationwide August 31, 2007. Named for a Latin American proverb that means a thief who steals from a thief will receive 100 years of forgiveness, the Lionsgate movie features a motley crew of underdogs, undertaking an impossible task, with improbable odds.

The 98-minute Spanish language comedy follows two crack thieves, Emilio and Alejandro, who get together to rob the biggest thief they know, Moctesuma Valdez. Valdez, a TV infomercial kingpin, made his fortune selling worthless health products to poor Latino immigrants. Although the millionaire’s empire is next to impossible to infiltrate, Emilio and Alejandro decide that getting hired as day laborers they can rob Valdez. 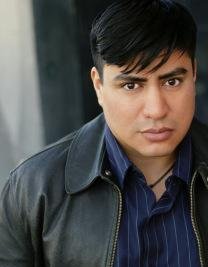 To overcome their fear they decide on a practical solution: use real day laborers. They form a team of criminal amateurs including Julio, a TV repair shop employee and electronics expert; Rafa and Rafaela, a valet and his mechanic daughter in charge of transportation; Miguelito, a Cuban refugee actor and master of disguises; and Anival, a metro-sexual ditch digger who plays the token heavy.