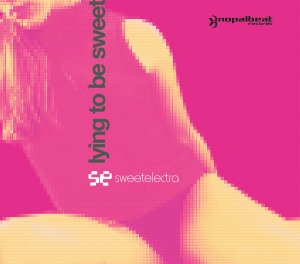 La Corporación Muzic will release electronic band Sweet Electra’s latest album, “Lying to be Sweet,” in U.S. stores June 26, 2007. The album will include the single “Firefly” and two bonus remixes. Other song titles include: “Intro,” “La Lune,” “Kum-v-e,” “Gemido,” “Assim,” “Jazzsweet,” “Dous Corpos,” and “My Own.”

In addition, according to promotional materials, Sweet Electra has performed at dozens of sold-out concerts in Mexico, and international festivals including Romeries of May in Cuba, Festival Vive Latino in Mexico City, Peak of Tajin in Veracruz, and DJ Tour MOTO Motorola in Mexico and Europe.

Click here to purchase a recording on marketing to Hispanics online

To listen to the single “Firefly” from the “Lying to Be Sweet” album click on the play button below.